This article is about the 2012 restaurant. For the 1999 restaurant on Chalkville Mountain Lane, see Trio's Steak & Seafood. For the specialty grocer at SoHo Square, see Tria Market 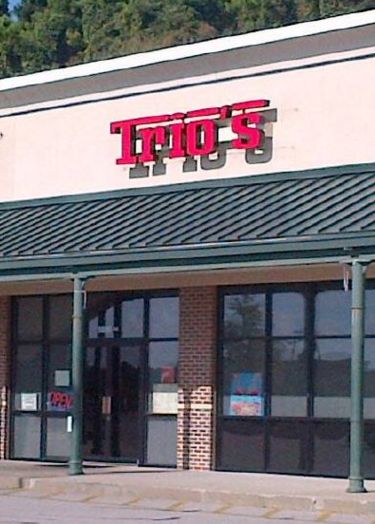 Trio's was a casual dining restaurant with locations in Trussville and Irondale.

The original Trio's was located on Trussville Crossings Boulevard in Trussville. Former Husky Grill employee Preston Kelly opened the restaurant in September 2012 in the former Tomatapie Pizzeria space in the 2nd phase of Colonial Promenade at Trussville and expanded the former grill's menu to include pizzas, meat-and-three meals, seafood and fajitas. Instead of keeping the Hewitt-Trussville High School mascot "Husky" name, the name "Trio's" was chosen to include the communities of Pinson and Clay.

In January 2015, the Trussville location closed and the Irondale location was renamed Irondale Express Bar and Grill.