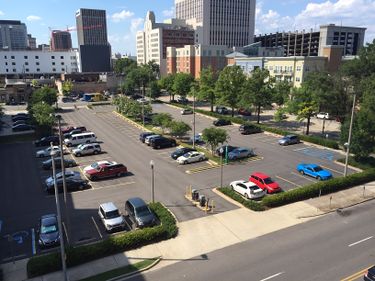 UAB Parking Lot 55 was a flat surface lot located at 420 20th Street South between 4th and 5th Avenue South. No public access was available in this lot.

The parking lot occupied the former location of the Parliament House Hotel, which was purchased by the UAB Educational Foundation in 2006 and demolished in 2008. In 2017 it was announced that the site would be used for construction of the UAB Proton Center. The lot was permanently closed on November 11, 2017.