This article is about the merchant. For the dentist, see William R. Brown. 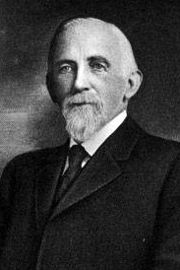 Brown served in the 10th Alabama Infantry Regiment during the Civil War. He also worked as a clerk in the mercantile business operated by William Mudd and J. B. Earle. In 1873 he and fellow clerk William Hood opened a dry goods business, Brown & Hood in Arkadelphia, but the entire store was burned to the ground on March 27, 1875.

Brown & Hood reopened on 20th Street North in Birmingham in March 1876. The partnership was dissolved in September 1882, after which both opened their own competing stores. In 1905 Brown constructed the W. S. Brown Mercantile Building at 2233-2235 2nd Avenue North. After his death, the company moved two blocks east to 2419-2423 2nd Avenue.

Brown served on the Birmingham Board of Aldermen, representing the Third Ward under Mayors A. O. Lane and B. A. Thompson in the 1880s. He resigned in September 1889 and was succeeded by Richmond Rochester.

In 1910 Brown commissioned the design of a large mansion on Highland Avenue. After his death in 1919 house passed to his daughter, Bessie and remained in the family until it was sold in 1947 to the American Federated Women's Club as the "Women's Club House".