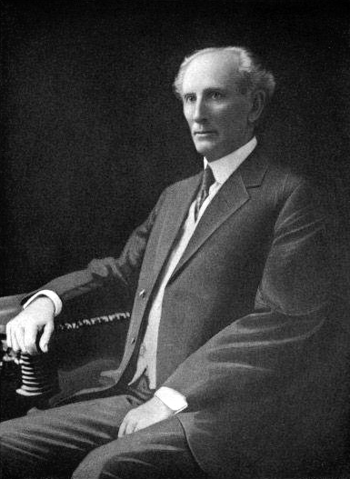 Graves was the son of George Clinton Graves and the former Charlotte Logan Sprinkle. His parents resided in Knoxville during his childhood, but after their deaths he and his sister, Virginia, were raised in Wytheville on their mother's family's farm. He graduated from the public high school in Wytheville and enrolled at the College of William and Mary in Williamsburg in 1854. He completed his bachelor of arts in 1856, and a baccalaureate in law in July 1857. For the next few years he practiced law successfully in Knoxville.

Graves volunteered for the Confederacy at the start of the Civil War. He sent all but one of his slaves to Georgia during the conflict. He began his service in Joseph Wheeler's Cavalry and earned his commission as an artillery officer in C. C. Crews's 1st Brigade and rose to the rank of captain before the end of the war, though materiel shortages prevented him from raising his own brigade. He was present for the Confederate victory at Chickamauga in September 1863 and surrendered arms with General Joseph Johnston at Bennett Place in April 1865.

Though his personal slave had left him after the surrender, Graves took his remaining horse and a mule and made his way to the plantation in Georgia where his other slaves had been sent. They presented him with $500 in gold which they had earned by hiring themselves out as labor in a nearby sawmill. With that money he renewed his career as an attorney in Montgomery, Alabama. On October 27, 1869 he married Florida Whiting, the daughter of South & North Alabama Railroad Co. president John Whiting. By 1884 the family, with three daughters, resided in the stately former Thomas Cowles residence on River Street.

Graves' business increasingly involved him in the growth of the new city of Birmingham. He constructed several speculative commercial buildings on the city's Southside, and was named to succeed Henry Caldwell as president of the Birmingham Trust & Savings Company. In 1889 he sold his Montgomery mansion to the Atlantic Coast Line Railway and moved to Birmingham on January 1, 1890. He hired architects Wheelock, Joy & Wheelock to design a large new home for him.

Ill health forced him to resign from the bank after only six months, and after recuperating he focused on his law practice and his real-estate developments. In 1901 he founded the Graves Shale Brick Company. By 1904 all three of his daughters had been married off. One of his sons-in-law, H. S. Matthews, joined him as a partner in the brick making business. The profits from these ventures eventually allowed Graves to retire from the active practice of law.

Thus relieved of his business and household responsibilities, Graves used his time to pursue scholarly interests. He embarked on a broad study of poetry, and on a detailed study of the political writings of Thomas Paine. His interest in Paine moved him to become involved in the Thomas Paine National Historical Association and to visit the homestead and museum in New Rochelle, New York in 1914. He self-published a book in 1917 in which he developed a revelation that had first struck him in the summer before he entered college, that Paine was, in fact, the man behind the pseudonym "Junius", whose letters criticizing George III's monarchy had been published to great import in the London press between 1769 and 1772. Though Graves' scholarship was lauded, the identification he proposes for Junius has not been generally accepted.

Mrs Graves died in 1922. As William Graves reached an advanced age, he was honored by his alma mater as its oldest living alumnus, and was consulted by the Williamsburg Restoration Committee on the details of some of the college buildings. He spent summers at a home in Asheville, North Carolina, and died there from pneumonia in July 1933. His funeral service was held at the Episcopal Church of the Advent in Birmingham, and he was buried at Elmwood Cemetery.