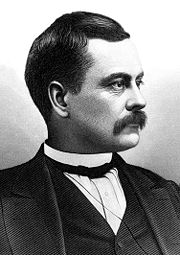 Walker was the son of farmer and merchant William Walker and his wife Corilla. He attended public schools in Elyton and entered the University of Alabama as a 16-year-old cadet in 1861. He and his fellow cadets enlisted in the 7th Alabama Cavalry under Captain Charles Storrs in September 1863. During the Civil War he advanced to the rank of sergeant and was held as a captive of war in a Federal prison.

After the war, Walker taught school and began to read law. He was admitted to the Alabama State Bar in 1867 and entered into practice with Burwell Lewis. He was elected Jefferson County Solicitor in 1868 and held that position until 1876. He had previously joined the firm of Cobb, Lewis & Walker as a junior partner and left in 1870 to enter a partnership with Goldsmith Hewitt II in the firm that later became Hewitt, Walker & Porter. Walker later left to become a partner in the firm of Tillman, Campbell & Walker.

Walker was married to Virginia Mudd, daughter of Judge William Mudd, on August 23, 1870. He built a large log home at 200 Broad Street in Elyton.

Walker served one term in the Alabama State Legislature from 1878 to 1880, representing Jefferson County. He was a stockholder and director of the First National Bank of Birmingham and served briefly during 1885 as president of the bank. He was also one of the original investors in the Ensley Land Company.