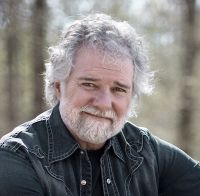 Charles Alfred "Chuck" Leavell (born April 28, 1952 in Birmingham) is a pianist and keyboardist. He was formerly a member of The Allman Brothers Band, a founding member of the jazz-rock combo Sea Level, and a popular session musician. Later, Leavell was the keyboardist for Eric Clapton and The Rolling Stones.

Leavell is a mostly self-taught musician. He was originally inspired by seeing Ray Charles in concert (with Billy Preston in the backup band) to seek a music industry career, and subsequently dropped out of high school to do so. Chuck made contacts with Macon, Georgia-based Capricorn Records, where he met his future wife, and relocated to Georgia.

Leavell enjoys "giving back" to the community of his birth. In 1992, he played on a record titled "Mr. President," which was produced by noted Birmingham jazz keyboardist and vocalist Ray Reach for the purpose of raising money for the homeless in Birmingham. Chuck and several other well-known Alabama musicians (including Chuck Tilley, Charlie Hayward and Kelley O'Neal) donated their time for this worthy project.

In an April 2007 radio interview on WOR-AM, Chuck said his three favorite contributions to songs in his career were "Jessica" with the Allmans, "Old Love" on Eric Clapton's Unplugged, and "Already Over Me" from the Rolling Stones' "Bridges to Babylon" record. 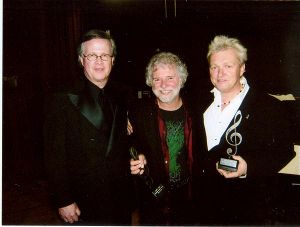 On March 20, 2008, Leavell was bestowed with a BAMA Award (Birmingham Area Music Awards) for his contributions to the Birmingham musical heritage. The 2008 BAMA Awards ceremony was held at the Alabama Jazz Hall of Fame (in the historic Carver Theatre in the Birmingham Civil Rights District). Chuck performed at this ceremony, accompanied by the Alabama Jazz Hall of Fame All-Stars directed by Ray Reach. Also, at the same ceremony, a BAMA Award was bestowed upon keyboardist/producer Peter Wolf.

In April 2008, Leavell performed with a supergroup which opened for Chuck Berry in Boston. The concert raised money for artists struggling with addiction.

Leavell and Joel Babbit are the co-founders of the Mother Nature Network, an environmental news and information website that launched in January 2009. Leavell serves as director of environmental affairs and sits on the board of directors for the new company. He hosts two video series on the website: "Love of the Land," in which he discusses sustainability and conservation issues, and "The Green Room," a series in which he interviews other celebrities about the environment and their philanthropic work.

Leavell was inducted into the Alabama Music Hall of Fame in 2015.