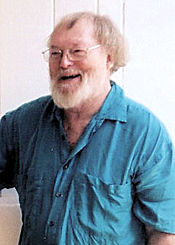 Parker earned an architecture degree from the Auburn University School of Architecture and then spent time studying sculpture in Florence, Italy and Vienna, Austria.

After returning to Birmingham he worked as a design consultant with residential developer and homebuilder Bill Humphries while pursuing his own artwork. He contributed to the design and decoration of homes in the Monte D'Oro subdivision in Hoover. He and his wife taught at Indian Springs School and he organized a drawing group.

Parker died in 2007 of cancer. He was survived by his wife, two siblings, two daughters, and four grandchildren.