This article is about the 1970 skyscraper. For the 1888 commercial building on 2nd Avenue North, see Daniels Building. 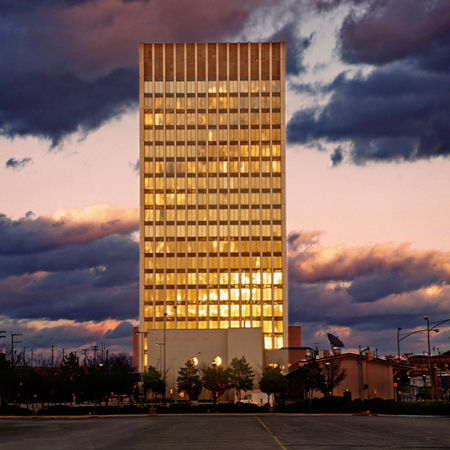 The Daniel Building in January 2008 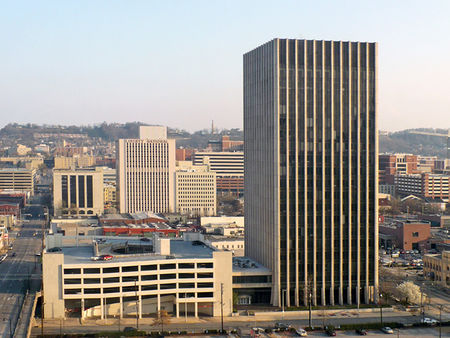 The Daniel Building in March 2008

The Daniel Building is a 20-story, 316,404-square-foot high-rise office building constructed in 1970 at 15 20th Street South between Powell Avenue and 1st Avenue South. At 283 feet, it is the eighth-tallest building in Birmingham and the tallest building south of the Railroad Reservation.

The Daniel Building was constructed by the Daniel Corporation, beginning in 1967. Moore and Handley operated from that location from 1887 until 1966 when it moved to Pelham. Progress was delayed as engineers searched for areas of solid bedrock between limestone cavities on which to erect its caissons. The building opened its doors on March 2, 1970. One of the original tenants was Alabama Power.

In 1993, AmSouth Mortgage Company moved out of the Daniel Building. Compass Bank purchased the tower and moved their headquarters from the 1967 Central Bank building (now an administrative office for UAB). Compass paved, fenced and lit adjoining gravel parking areas to accommodate 1,100 secured spaces below the Rainbow Viaduct. The company also made tentative plans to pave over the adjacent sections of the 1st Avenue Cut, which was then used regularly by a produce vendor.

A Cordray Parker sculpture depicting Hugh Daniel and entitled "Altruistic Visionary" was installed in front of the Daniel Building in 2008. The commission was supported in part by the Alabama-Mississippi Chapter of the National Multiple Sclerosis Society as part of their "Legacy of Leadership" series.

In 2009 the bank, which was acquired by BBVA of Spain, updated its signage to "BBVA Compass".

On July 6, 2010, the Daniel Building suffered a small electrical fire in the basement, which was put out by the building's fire suppression equipment. Water and smoke damage in the building forced the 1,000 employees of the building to temporarily relocate to other BBVA Compass offices while the damage was being repaired.

In 2021 the bank was acquired by PNC Bank of Pittsburgh, Pennsylvania. PNC replaced the BBVA signage with their own logo. Meanwhile the bank located most of its management operations at One Federal Place. The Daniel Building was offered for sale, with an asking price of $16 million.