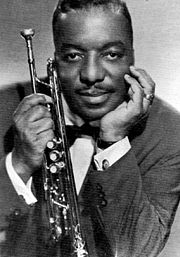 Erskine Ramsay Hawkins (born July 26, 1914 in Enon Ridge; died November 11, 1993 in Willingboro, New Jersey) was a trumpet player and big band leader, dubbed "The 20th Century Gabriel". He is most remembered as the composer of the jazz standard, "Tuxedo Junction" (1939), which became a popular hit during World War II.

Hawkins was the son of Edward Hawkins, who died in World War I, and Carey Hawkins, a teacher. His name honored Erskine Ramsay, a major benefactor of Birmingham City Schools. He, his sister and three brothers grew up in a house directly across from Tuggle Institute, with his maternal grandfather and other members of his mother's family, the Sneads, who helped Carrie Tuggle rebuild the school in 1920 after a fire. He became entranced by the sound of the school's band parading around the neighborhood every afternoon. Seeing his interest, Tuggle offered to place him in the school once he turned six.

At the Institute, Hawkins became best friends with Tuggle's grandson, Jack Dozier. He enjoyed ample opportunity to practice music under the school's music director, Sam Foster. He started on triangle, then drums, and soon learned to play saxophone and trombone before Foster interested him in the trumpet. During the summers he played with neighborhood bands, often spending Sundays at Tuxedo Park with older musicians.

At the age of 16, Hawkins graduated high school and enrolled at the Alabama State Teachers College in Montgomery on a tennis scholarship. With the administration's encouragement, he quickly dropped sports to focus on playing jazz with the college bands. He began with the Bama State Revelers, joining his brother Paul Hawkins and fellow Birminghamians Haywood Henry, Dud Bascomb, Avery Parrish and Bob Range.

Hawkins studied the technique of Louis Armstrong on recordings. He quickly moved up to the Bama State Collegians, headed by J. B. Sims, which played professionally around the state and represented Alabama at concerts in Chicago, New Jersey, New York and elsewhere. Hawkins, now the band's most famous member, remained with the 14-man group as an instructor after he was awarded his junior college degree in 1934. H. Counsel Trinen, president of the university gave him a new trumpet for the occasion. 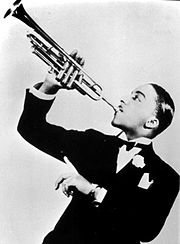 In 1935, while the Collegians were playing an extended booking at the Apollo Theatre in Harlem, Hawkins married Florence Browning. They couple remained in New York and Hawkins and his orchestra signed with manager Feet Edson. They recorded several album on the Vocalion label as "Erskine Hawkins and His 'Bama State Collegians" before being asked to give up the name. They continued to headline at the Apollo, and also at the nearby Ubangi Club and at the Savoy Ballroom (alternating with Chick Webb's orchestra). In 1937 Hawkins signed a booking contract with the Savoys Moe Gale, who got him a recording contract on RCA Victor's Bluebird label. Now promoted as "Erskine Hawkins (the 20th-Centeury Gabriel) and His Orchestra", the group became a fixture at the Savoy and other long engagements at the Copacabana and the Blue Room, and on tours across the country. As band-leader, his name was familiar to listeners of the weekly "Apollo Concerts" and "Big Band Themes on the Air" radio programs.

The orchestra recorded its best-known hit, "Tuxedo Junction", in 1939. The tune had been in use for years as a transitional vamp, signaling the next band to get ready to take the stage. To Hawkins, the ensuing commotion on stage resembled the constant activity at Ensley's Tuxedo Junction streetcar hub. Once released to the public, the tune became an instant hit selling more than a million records and reaching #7 on the pop charts. Glenn Miller picked it up and took it to number one on the charts. It has since become a standard in the big-band jazz repertoire.

Hawkins' 1940 recording "After Hours" followed it onto the charts. The track featured Parrish's piano playing from the longer song "Fine and Mellow". The other big hits for the orchestra were "Tippin' In", recorded in 1945, and "Gabriel's Heater" from 1948.

In 1947 Alabama State recognized Hawkins' achievements and awarded him an honorary doctorate in music. In 1950 he legally separated from Florence, later marrying Gloria Dumas. With his RCA contract concluded, Hawkins began recording for Coral Records, and then for Decca beginning in 1954. The size of the orchestra diminished over time, and he brought only six players to the studio in 1961.

Hakwins was a regular at the Embers Club in New York in the 1960s. In 1967 Hawkins began a residency at the Concord Resort Hotel at Kiamesha Lake in New York's Catskill Mountain. That engagement continued through 1989, leaving time for him to tour and play festivals in the off-season. In 1978 Erskine Hawkins became one of the first five artists inducted into the Alabama Jazz Hall of Fame. He was inducted into the Alabama Music Hall of Fame in 1989.

Since 1985, a tribute concert in honor of Hawkins' birthday has been held in Ensley's Erskine Hawkins Park. The Function in the Junction featured Hawkins every year until his death. The festival continues on the 4th Saturday of every July. Hawkins also returned to Birmingham for the first City Stages, held in Linn Park in June 1989.

Hawkins died at his home in New Jersey in 1993 and is buried in Birmingham's Elmwood Cemetery. He was an exact contemporary of another Birmingham jazz great, Sun Ra.