This article is about the prominent judge, legislator and investor. For others sharing his name, see William Mudd (disambiguation). 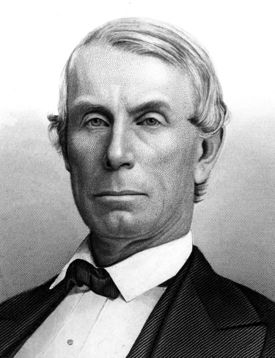 William Swearingen Mudd (born December 2, 1816 in Jefferson County, Kentucky; died September 2, 1884 in Birmingham) was a lawyer, a legislator, and a circuit judge. He was a shareholder in the Elyton Land Company. His late-life residence, "The Grove", later renamed "Arlington," has been preserved as a historic monument.

Mudd was born near Louisville in Kentucky to James and Sarah (Swearingen) Mudd, and was educated at St Joseph's College in Bardstown, Kentucky. In 1831 he moved to Alabama and settled at Elyton. He began practicing law in 1839. From 1843 to 1848 he was a member of the Alabama legislature. Later, he was elected as circuit judge and held that position from 1856 until 1883 when health problems forced his retirement. Among Judge Mudd's business ventures were the building of Birmingham's first hotel, operation of the Oxmoor Furnace, and was involved in the establishment of Citizen's Bank, which later merged with the First National Bank of Birmingham. He was a stockholder of the Elyton Land Company from 1871 to 1884 and was director of that enterprise at the time of his death.

He was married to Florence Jane Earle, daughter of Samuel Earle, on December 22, 1841. They had six daughters, and four sons. Mudd named the Florence Hotel in her memory.

Mudd was buried in a family plot in Elyton, but the family later removed his remains to Oak Hill Cemetery.