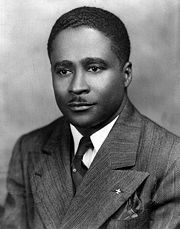 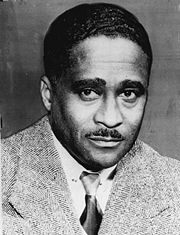 Shores was oldest of nine children born to Richard and Pauline Shores in the Red Mountain mining town of Wenonah. He attended Cameron Elementary School, then continued at a school built by the Tennessee Coal, Iron and Railroad Company through seventh grade. He finished at Industrial High School, graduating in 1922. He spent another year at Talladega High School, before he was accepted at Talladega College. He completed a degree in education in 1927 and worked as a teacher and high school principal at Bessemer's Dunbar High School. As a teacher of physics, chemistry, geometry, history, civics and literature, Shores was remembered as an inspiring figure who could quote long passages of Shakespeare and Poe from memory.

While working, Shores went on to study law for a summer at the University of Kansas, completing his degree by correspondence through the La Salle Extension University in 1935. He passed the Alabama State Bar examination in 1937 and was, from 1939 to 1949, the only African American lawyer practicing in Alabama's courts (other licensed black attorneys worked in staff positions at other firms). After a few years of experience with divorces and debt collections, he spent most of his career on civil rights cases, working independently as a staff attorney for the National Association for the Advancement of Colored People, often collaborating with associates such as Thurgood Marshall. He brought several cases before the United States Supreme Court.

In 1938 Shores represented seven teachers who successfully sued the Alabama Board of Registrars for illegally denying them the right to vote. The next year, on behalf of the NAACP, he successfully sued the Birmingham Police Department for brutality in the assault of labor leader Will Hall. He received threats from the Ku Klux Klan during the trial. A fight broke out in the Jefferson County Courthouse after the verdict, resulting in enormous publicity for Shores. It was later revealed that the fight was instigated by a paid agent.

Because of his success, the NAACP hired him in scores of other voting rights cases across the state. In 1940 he participated in the unsuccessful prosecution of Fairfield Police officer Thomas Nelson for manslaughter in the death of O. D. Henderson. He helped bring the Railroad Commission v. Pullman Co. appeal before the U.S. Supreme Court in 1941. He also sued to get black teachers in Jefferson County Schools the same pay scale as their white colleagues.

Shores, who had married teacher Theodora Warren in 1938 and fathered two daughters, supplemented his legal income with lucrative business investments. He field a suit in 1952 when he and six other candidates were denied the right to qualify for election to the Jefferson County Democratic Executive Committee. Once they were qualified, all six won elections. He ran for the Alabama State Legislature in 1954, mainly in an effort to convince more African Americans to register to vote. He ran again, unsuccessfully, for the legislature in 1964.

Shores filed the lawsuit that resulted in Birmingham's segregated zoning ordinance being declared unconstitutional. At the time, tensions were flaring on Center Street in Smithfield, where Shores had his own house. A series of bombings at the height of the crises earned the neighborhood the nickname "Dynamite Hill".

Shores argued a jury selection discrimination case before George Wallace in Circuit Court in the early 1950s and found him to be very kind and personable, sending out for lunch since no restaurant in town would serve African Americans and admonishing attorneys for the defendants when they showed disrespect.

Shores represented Autherine Lucy in her 1955 petition to be enrolled at the University of Alabama, which also went before the Supreme Court (Lucy v. Adams). She was allowed to register for classes, but suspended indefinitely after three days of belligerent protests on the basis that the University could not provide a safe learning environment for her. The NAACP sued again, claiming that the University effectively conspired with a mob to deny her education, but she was permanently expelled for participating in the "slander" of the institution via that suit.

During the Birmingham Campaign, Shores represented Martin Luther King Jr and Fred Shuttlesworth and the other demonstrators who were arrested. He became a leader in the 1963 efforts to integrate Birmingham City Schools. For his involvement, his home was fire bombed twice (August 15 and September 4). His wife, Theodora, suffered a concussion in the second incident. He later appealed (again before the Supreme Court) to have the arrests of 3,000 peaceful protesters during the Birmingham Campaign nullified.

Shores was appointed to the Birmingham City Council in June 1968, filling the vacancy left by the death of R. W. Douglas. He was the first African American to serve on the Council. He was appointed to chair the Council's Public Works Committee and also served on the Public Safety and Urban Planning and Renewal committees. As a member of the latter, he also held an ex officio seat on the Birmingham Planning Commission.

Shores did not run in the 1977 Birmingham City Council election, and retired from public service. He retired from the practice of law in the 1980s.

Shores was given the William Robert Ming Advocacy Award by the NAACP in 1977. He was inducted into the Alabama Lawyers Hall of Fame in 2004. The Arthur D. Shores Law Center office building in the Civil Rights District is named in his honor.