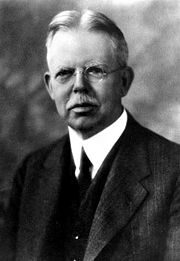 Benjamin Leon Wyman (born August 1, 1856 in Tuscaloosa; died January 8, 1930) was a physician specializing in nervous and mental disorders and was a founder and dean of the Birmingham Medical College.

Wyman was the son of William Stokes and Melissa Dearing Wyman, a prominent family in Tuscaloosa. He was educated at home for two years before entering into private schools, including a high school taught by W. C. Richardson before entering a sub-freshman class at the University of Alabama while he was fifteen. He graduated in 1876 with a master of arts degree and was valedictorian of his class and senior captain of the Alabama Corps of Cadets.

In 1877 Wyman went to medical school at the University of Virginia, graduating in a year and moving on to the University of the City of New York for further training. He became an assistant physician at the New York Lunatic Asylum on Blackwell's Island and won the right to become the hospital's resident physician. He left in 1881 to open a practice in Tuscaloosa and to accept a position there under Peter Bryce, superintendent of the Alabama Insane Hospital. 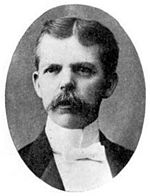 In 1885 Wyman returned to New York for specialized study at the New York Polyclinic, then moved to Birmingham where he opened a practice specializing in the diagnosis and treatment of nervous and mental diseases and was frequently called upon to serve as a medical examiner by insurance firms and to provide expert witness in legal proceedings where the issue of mental fitness was before the court. At various times he was registered as a visiting surgeon for the Hospital of United Charities, Hlllman Hospital, and St Vincent's Hospital and was a member of the American Medical Association and American Academy of Medicine, as well as the Jefferson County Medical Society and Alabama Medical Association.

As a member of the Board of Censors for the Medical Association of Alabama, Wyman helped draft public health policies for the state and took a special interest in enforcing medical ethics. In 1908 he was elected president of the Southern Medical Association and later organized its Section on Neurology and Psychiatry.

In 1894 Wyman served as one of the founders and first professors at the Birmingham Medical College and succeeded William Johnston as dean in 1898.

Wyman married Elizabeth Ware, the widow of James A. Ware and daughter of Thomas Bolling and Elizabeth Whiting Brown of Montgomery on November 7, 1894. They had two children, Elizabeth and Benjamin, Jr.

Wyman died in 1930 of kidney inflammation.