This article is about the legislator, for the pioneer settler, see Chambers McAdory (pioneer). 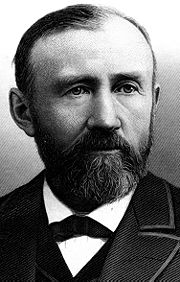 Chambers McAdory (born April 12, 1834 in Jonesboro; died August 21, 1908 in Birmingham) was a merchant, justice of the peace, Jefferson County Commissioner and member of the Alabama House of Representatives.

McAdory was the 4th of 9 children born to James and the former Nancy Tucker Saddler and was named for his uncle, who died at age 24 two days after McAdory was born. He was educated at home and in private schools and graduated from the University of Alabama in 1857. From 1858 to 1859 he studied at the Jefferson Medical College in Philadelphia, Pennsylvania, but returned South in 1860 to take up planting in Smith County, Mississippi.

McAdory married Maria W. Jordan on October 16, 1861. At the start of the Civil War he enlisted as a private, but was soon commissioned a lieutenant. He was wounded on October 2, 1862 at the Battle of Corinth and taken prisoner there. After the war he returned to Jonesboro and took up the mercantile business, retiring after some years and moving to Birmingham. He and Maria had six children: Sallie E., Nannie S., Mortimer J., James, Amy W., and Mattie M. He was widowed in 1877 and married Leonora Richardson of Greene County in 1879.

McAdory served as a justice of the peace and as a member of the Jefferson County Commission before he was elected to the state legislature in 1881. He was re-elected in 1884. He developed the McAdory Building on 1st Avenue North in 1888.