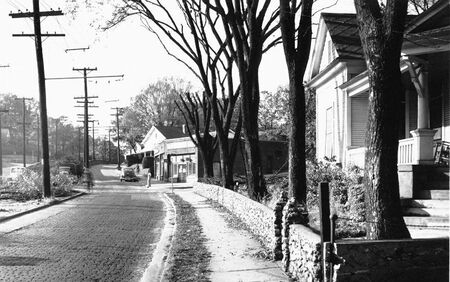 Before the late 1940s, the avenue was divided with a streetcar track in the median. Where the avenue crested two hills, the tracks ran through cuts supported by retaining walls on either side. During the 1950s those areas were leveled and the entire median paved to create more lanes for traffic.