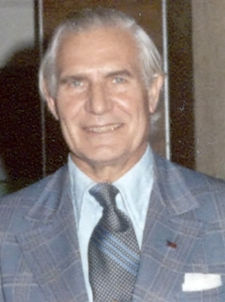 Seibels was the son of Rear Admiral George G. Seibels, a native of Montgomery, grandson of William Pettit, a former mayor of Norfolk, Virginia, and the great-grandson of George Goldthwaite, a chief justice of the Alabama Supreme Court and United States Senator.

Seibels grew up in Virginia. He earned a history degree at the University of Virginia in 1937. While there he was the intramural light-heavyweight boxing champion for three years, and after graduation, spent one year playing professional football for Richmond of the South Atlantic Professional League.

Seibels moved to Birmingham in 1938 to work in the insurance business. He portrayed Vulcan in the 1939 "Vulcan Dedication Celebration" at Vulcan Park. In December of 1941, he enlisted in the United States Navy and was commissioned an officer in 1942, rising to the rank of Lieutenant. He served on anti-submarine duty and on a combat minesweeper in the North African and Mediterranean Theatres, participating in the assault on Italy.

Returning to Birmingham after the war, Seibels co-chaired the traffic safety committee for the Birmingham Jaycees. The group was responsible for creating the neon safety torch over Vulcan's spear. The torch was dedicated on October 23, 1946 and glowed green until there was a traffic fatality in the city, after which it turned red for 24 hours as a warning to motorists. For their efforts, Birmingham won the Jaycees' National Safety Award for 1947. Since then the award has been named in Seibels' honor. Seibels was also involved in organizing Birmingham's first Veterans Day parade that November.

Seibels ran unsuccessfully against George Bailes Jr for the Alabama State House of Representatives in 1962, having been encouraged to run by John Grenier. Instead, he was elected to the Birmingham City Council in 1963. He defeated George Young with 53% of the vote to become Mayor in 1967, and successfully overcame Young's challenge to his re-election in 1971.

As mayor, Seibels was an enthusiastic booster for city center reinvestment and proudly showed off his city to distinguished visitors. He was mayor when Birmingham was recognized as an All-America City by the American League of Cities, in recognition of the city's efforts to reduce litter, develop neighborhood playgrounds, and diversify its workforce. During his term the Birmingham Police Department increased the number of African-American officers from 2 to 48 (of approximately 1,200 total officers). Seibels' administration was quick to give token representation to African Americans on public task forces, but reluctant to cede any meaningful power to those outside City Hall, vetoing a proposed ordinance that would have introduced Affirmative Action-inspired hiring practices to city departments. He eventually accepted a compromise measure introduced by then-Councilman Richard Arrington, Jr. A standoff with the Ensley NAACP cost the city grant funding from HUD's "Model Cities" program.

The city won first place in the 1973 "Keep American Beautiful" competition. Noting the positive news from its neighbor, an October 1974 story in the Atlanta Constition was headlined "Is Birmingham Challenging Atlanta?". It was also during his term, however, that the Birmingham Terminal Station was demolished to clear the site for a large-scale federal office complex that was never built. As mayor, Seibels also helped nurture plans for the later development of the Birmingham-Jefferson Civic Center.

The latter years of Seibels' tenure were marked by increasing reports of police brutality, a major issue for Council member Richard Arrington, Jr. Siebels was active in negotiations with the City Council to review police procedures and hiring practices, but did not achieve meaningful improvements. In the 1975 Birmingham municipal election attorney David Vann, with Arrington's support, successfully challenged Seibels on the issue of police brutality.

After leaving City Hall, Seibels served as a delegate to the Republican National Convention in 1972. President Gerald Ford appointed him to the Appalachian Regional Commission and he served as co-chair for a year and a half. He returned to state politics in 1978 and represented Jefferson County's District 47 in the Alabama legislature for three terms, declining to run for reelection in 1990. When he took office, Seibels was only one of four Republicans in the 105-member Alabama House of Representatives.

When he retired as one of 22 Republican house members in 1991, Seibels was considered the "grand old man" of the Alabama Republican Party. In retirement, Seibels planned to write a political memoir highlighting "the positive things that have happened" in Birmingham during the previous two decades, countering what he felt was an under-appreciation of the city by people under the age of 30.

George Seibels died in Birmingham in March 2000. He was survived by his wife, Norma, and their adopted daughter, Laura. His ashes are interred on the grounds of Arlington Antebellum Home. The train station at the Birmingham Zoo was named in his honor in 2003.

Mayor Seibels' papers and scrapbooks are housed at the Birmingham Public Library Archives.