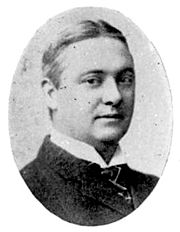 Gray, the son of Zachary and Hannah Gray, grew up in Gerogia and went to work for the Atlanta Constitution in 1885. He moved to Birmingham in 1887 to take on the role of business manager for the Birmingham Age-Herald which he retained until 1892. In 1895 he was elected president of the People's Bank & Trust Company. He married Bessie Martin, daughter of Alburto Martin in 1891 and had one son.

Gray joined the staff of Governor William Jelks in 1901 and was active in the Jefferson County Democratic Executive Committee. In 1907 Gray defeated D. J. Meador and Emmet O'Neal to become Lieutenant Governor. His deciding vote in the Alabama Senate was crucial in the passage of the "Greater Birmingham" legislation that merged several outlying cities into Birmingham in 1910.

Gray was a member of St Mary's on the Highlands Episcopal Church and also a Mason, Knight Templar, Shriner, Knight of Pythias, Odd Fellow and Elk.