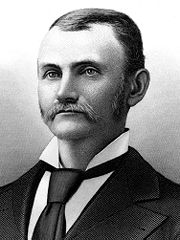 Jordan was the son of Mortimer and his second wife Amy. He was raised on the family's farm and attended high school at Elyton for a year before entering the University of Alabama. After two sessions he had completed the requirements for the junior class and enlisted in Captain W. J. Blims' 43rd Alabama Regiment.

Jordan was elected 3rd Lieutenant in his company in 1863 and was promoted as far as Captain in 1864, holding that rank until Lee's surrender at Appomattox. After returning from war he found his family's plantation in dire straights and undertook the study of medicine in order to establish himself. He became a pupil of his uncle, Doctor Nathaniel Hawkins at first, then in October 1865 moved to Cincinnati, Ohio to attend the Miami Medical College there. Two years later he graduated at the head of his class and returned, penniless, to Elyton to begin practicing. He did marry Florence E. Mudd, daughter of William Mudd, to whom he had been informally engaged from before the war. They eventually had six children, one of whom died in infancy.

He first partnered with his uncle and in 1869 was appointed surgeon to the Alabama penitentiary, where he proved himself by correctly diagnosing scurvy as the cause of numerous cases of disease and instituting improvements to the prisoners' diet to successfully eliminate the danger. Jordan moved his primary private practice to Birmingham in 1873, just as a cholera epidemic swept through the young city. He worked tirelessly to relieve suffering alongside other practitioners, including James Luckie, who contracted the disease himself and was kept under Jordan's care. Jordan drafted comprehensive reports on the outbreak for the benefit of the Alabama Medical Association and for publication by the U. S. Government Printing Office. Similarly he reported on the 1881 typhoid epidemic which affected the city. During that year Jordan was briefly partnered with Charles Whelan.

As Birmingham grew, Jordan's practice became large and profitable and he earned a reputation as the best surgeon available in the region. He also contributed to the science and historiography of his profession. He reported on distensile enemata, on infantile diarrhea, on the transmission of syphilis to fetuses, and on the treatment of postpartum hemorrhaging. His paper on Nélaton's method for resuscitation from chloroform narcosis attracted the attention of the famed New York physician J. Marion Sims. Jordan was enticed to New York to assist Sims in further research for several months.

Jordan was president of the Jefferson County Medical Society for one term and was elected president of the Alabama Medical Association in 1883. In 1886 he was recruited to a professorship at the Medical College of Alabama in Mobile, where he taught during the winters. W. H. Johnson came to Birmingham from Selma that year to join Jordan's office as partner.