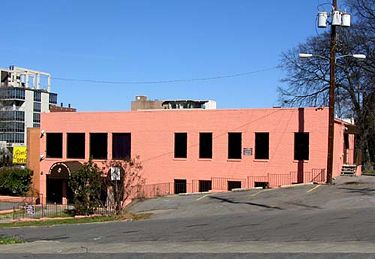 Clinic in January 2009
New Woman All Woman Health Care was a women's health care center located at 1001 17th Street South in Southside. The clinic, a successor to the Birmingham Women's Medical Clinic, offered gynecological and abortion services from the early 1990s until its closure in May 2012. The clinic's director was Diane Derzis.

On May 18, 2012 the clinic surrendered its state license to the Alabama Department of Public Health. The department investigated complaints of "breach of protocol" with regard to medication errors and determined that the clinic's leadership failed to ensure compliance with appropriate procedures.

Derzis subsequently incorporated a new business, All Women's Healthcare of Columbus, Georgia, and contracted with Dr Bruce Norman to operate the Birmingham clinic. On August 8, 2013 Jefferson County Circuit Court Judge Joseph Boohaker ruled that the practice did not meet the legal definition of a doctor's office and ordered it closed.

The clinic building was demolished in January 2016.