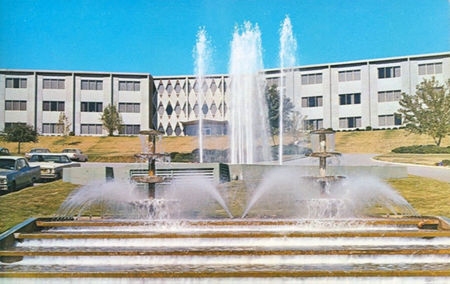 Office Park is a planned business park on a 45-acre parcel between Cahaba Road and U.S. Highway 280 in Mountain Brook.

It was initially developed speculatively in 1955 by Newman Waters Sr and Ervin Jackson. Architects Harry Hester, Lawrence Whitten & Son worked with landscape architect H. M. Norwood on the layout and design of the development. The first office building opened in 1956 with the Atlas Cement Co. as its lead tenant. The project is considered to be the first planned office park in the United States. Among its novel features were its park-like setting with landscaping and trees surrounding expansive free parking lots and low-rise office buildings.

The Jefferson County Historical Association recognized the site with a historical marker in early 2013. On November 25, 2022 the Mountain Brook Office Park Historic District was added to the National Register of Historic Places.