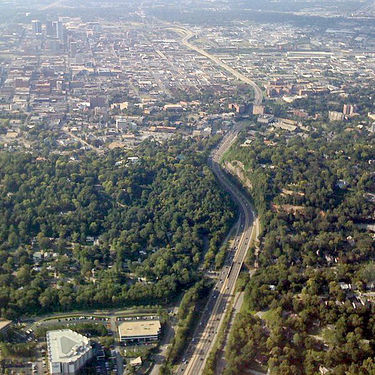 Aerial view of the expressway in 2008. Photo by Curtis Palmer 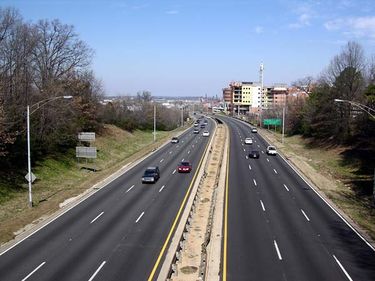 The Elton B. Stephens Expressway, more commonly referred to locally as the Red Mountain Expressway, is a limited access freeway serving as a north-south connection between Homewood and Mountain Brook south of Red Mountain with I-20/I-59 just to the northeast of downtown Birmingham. It was named for local businessman and philanthropist Elton B. Stephens, who chaired the Birmingham and Jefferson County Freeway and Expressway Committee. The expressway was largely built over the former path of 26th Street North and South.

At its northern terminus, Highway 280 arrives at its western terminus, whilst Highway 31 continues as Carraway Boulevard through Birmingham and continues its northerly track through Fultondale, Gardendale, Morris, Kimberly, and Warrior and points beyond as it exits the Birmingham region.

Construction commenced in 1962 with the initial blasting of the Red Mountain cut and construction of the interchange with Florida Short Route. The latter work was delayed by intransigence from the Jefferson County Board of Education, which denied crews access to the Shades Valley High School campus until the Department of Transportation secured replacement land for that condemned for highway use.

The Highland Avenue overpass was completed in January 1967. The cut was completed later that same year, with the highway opening in 1970.

Originally ending at 2nd Avenue North, its connection with I-20/I-59 and Carraway Boulevard was completed in the 1980s over the site of Birmingham’s grand Terminal Station demolished in 1969.

In the months leading to 1996 Olympic soccer to be hosted in Legion Field, the Olympic soccer countdown clock was located on the Highland Avenue overpass.