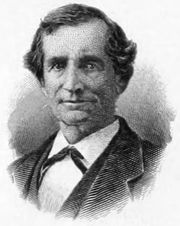 Hudgins was the son of James and Margaret Williams Hutchins of South Carolina, but the family moved to Harbersham County, Georgia during his childhood to farm there. Tarleton was apprenticed to a carpenter at age sixteen and pursued that trade for the next 12 years, moving to Walker County, Georgia in 1835. By 1842 he had moved to Alabama and gotten involved in manufacturing. He worked on machinery for crushing gold ore in Tallapoosa County and later built cotton gins near Columbus, Georgia. In 1846 he opened a mercantile in Talladega County, relocating to Wetumpka in 1855.

During the Civil War Hudgins was commissioned as an income tax collector. Afterward he reopened his mercantile store at Vicksburg, Alabama until moving to Tuscaloosa in January 1872. He moved to Birmingham in 1877 and opened a general mercantile and wholesale grocery in the infant city, which he sold to J. M. Maxwell in 1878. In April 1880 he founded a private banking house, called T. L. Hudgins & Co. with William Mudd and Josiah Morris as shareholders. The company was rechartered as the City Bank of Birmingham in 1884 with Hudgins as president and W. J. Cameron as cashier. It later merged into the First National Bank of Birmingham, and Hudgins continued to serve as a director.

In 1884 Hudgins organized the Birmingham Insurance Company, but was forced to resign as its president in 1886 to to failing health. He also invested in the Birmingham Iron Works, in the New Castle Iron and Coal Company, and in real estate. He built a notable mansion on the northwest corner of 22nd Street and 6th Avenue North and donated a large, cast-iron fountain to the city, which was installed at the intersection of 19th Street and 2nd Avenue.

Hudgins was a member of First Baptist Church of Birmingham and served on the Birmingham Board of Aldermen during the first Mayoral administration of A. O. Lane. He married his first wife, Ann, in 1834. She died in March 1879 and he married the 30-year-old Lucy Pope on December 6, 1882 and had two children, Tarlton Jr and Marie S. He lived in a large frame house on the northwest corner of 22nd Street and 6th Avenue North. He died in 1888 and was buried at Oak Hill Cemetery.