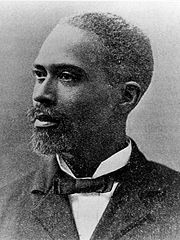 Pettiford was an active member of the Birmingham Negro Business League and enjoyed the respect of many white leaders in Birmingham, even being recommended for appointment to Federal office by his peers. He was a friend of educator A. H. Parker and employed him as a secretary.

He died in September 1914. More than 3,000 people attended his funeral at 16th Street Baptist. Mayor George Ward and contractor Belton Gilreath and the Birmingham Baptist Association provided flowers. He was buried at Oak Hill Cemetery. His home after his pastorate, known as the Pettiford House, was listed in Historic Sites of Jefferson County, Alabama compiled by the Jefferson County Historical Commission.