This article is about the street in Ensley. For the downtown Birmingham street, see 5th Avenue South.

Avenue E is a primary business street four blocks south of the railroad tracks in downtown Ensley. The eastern end of the street runs for almost three blocks between 7th and 10th Street in Pratt City. It resumes south of Village Creek and passes the new P. D. Jackson-Olin High School before entering Ensley proper at 14th Street Ensley.

As it enters Fairfield at 36th Street Ensley just north of I-20/59, it continues under the interstate as Lloyd Noland Parkway. 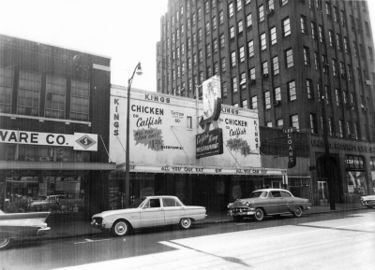