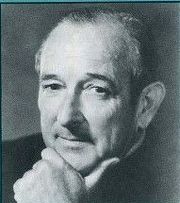 Clarence William Allgood (born September 12, 1902 in Avondale; died November 30, 1991 in Birmingham) was a District Court judge and one of the founders of Birmingham's Crippled Children's Clinic.

Allgood, the son of Robert Venable and Patricia Robinson Allgood attended Paul Hayne High School for two years, but was expelled and finally graduated from Ensley High School in 1918. He enrolled at Howard University in 1921 and spent three years there before leaving to tramp around the country. He fell under a train near Irondale, attempting to disembark from a rolling boxcar, and had both his legs amputated below the knee. He was befriended by Fred Herps of the Birmingham Limb and Brace Company, who outfitted him with prosthetic limbs. He recuperated at his uncle C. O. Chambliss' ranch in Arkansas and worked on the Mississippi River levees for several years, suffering a gunshot wound to the chest during a bar fight.

He and his uncle returned to Birmingham and founded the Fidelity Mortgage Company. Allgood returned to college, completing a bachelor of science in 1926 at the Alabama Polytechnic Institute in Auburn. He married Marie Maxwell in 1927 and their only son, Clarence "Bobby" Allgood Jr was born in 1931.

Allgood, vice-president and general manager of Fidelity Mortgage, became interested in politics and joined the circle of supporters surrounding House Speaker William Bankhead and his brother, Senator John Bankhead. He became an unofficial assistant to Congressman Lister Hill, and, in 1937 Allgood was appointed a Referee in Bankruptcy for the United States District Court for the Northern District of Alabama by President Franklin Roosevelt. He enrolled in Birmingham School of Law, completing his LL.B. in 1941. On the court he helped to develop provisions of Chapter 13 bankruptcy procedure.

In 1961, Allgood was appointed by President John F. Kennedy to a newly-created seat in the District Court. He was nominated formally on January 15, 1962 and confirmed by the Senate on February 5. He received his commission on February 9 and served until his death, having graduated to senior justice status in January 1973.

Allgood dismissed a 1963 case against the Birmingham Board of Education brought by Civil Rights leaders after the board voted to expel or suspend students who participated in Civil Rights marches during school hours. That judgment was overruled by Appeals Court Judge Elbert Tuttle.

In late November 1991, Allgood, who had been in poor health, was found dead in his home, with a gun in his hand. He was survived by his son and five grandchildren. He is buried at Elmwood Cemetery.