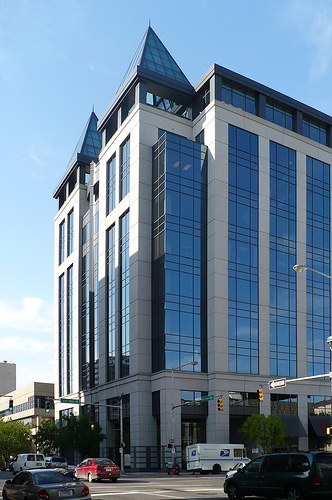 On Thursday, August 9, 2001, the concrete structure celebrated its topping-out ceremony. The frame of the tower contains 820 tons of steel and 9,581 cubic yards of concrete. On February 7, 2002, its twin pyramids were illuminated for the first time. The building was officially dedicated on March 1, 2002. A time capsule sealed behind a metal plaque is set to be opened on March 1, 2022.