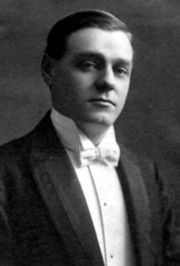 Salie was the second of twelve children born to Cornelius and Adrianna Van Damme Salie.

He began working in Birmingham with S. Scott Joy and his brother, Tom. He joined with Philip Mewhinney in a partnership around 1915. They split in 1918 and continued working independently.

He and his wife, Nina, had one daughter, Elizabeth Ann.