From Bhamwiki
(Redirected from LaShunda Scales)
Jump to: navigation, search 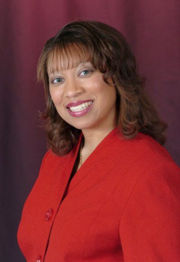 Lashunda F. Roberts-Scales (born February 17, 1971 in Birmingham) is a public relations consultant and event promoter, and the District 1 representative on the Birmingham City Council.

Lashunda Roberts grew up in Western Birmingham and graduated in 1989 from Phillips High School. She attended Stillman College and completed an associates degree in applied science at Jefferson State Community College in 2005.

She founded Scales Public Relations and Marketing in 2000. She has worked with two mayors and other political candidates and has helped plan special events and media projects on behalf of the city and various boards and agencies. She also volunteers with Birmingham City Schools and has headed a scholarship program at Huffman HIgh School. She was elected vice-president of the Echo Highlands neighborhood association.

She and her husband Michael have two daughters and are active members of Faith Chapel Christian Center.

In the 2005 Birmingham City Council election Scales ran for the District 1 position, taking 20% of the vote in the primary and losing in a runoff to incumbent Joel Montgomery. In the 2006 primary elections she campaigned for Alabama House District 58, finishing second to incumbent Oliver Robinson.

As a 2009 City Council candidate, Scales again faced off against Montgomery, defeating him and four other candidates without a runoff. During her campaign, she pledged to provide honest and active representation and to involve citizens in city business. She also stated that she hopes to increase public and private investment in District 1 and to provide innovated educational programs to city school students.

On the Council, Scales has championed the planned Apple Valley Recreation Center, and successfully challenged Mayor Bell's proposal to move the center to land owned by Jefferson State Community College in order to save money. She helped to secure funds for the Birmingham Police Department East Precinct' the Birmingham Police Academy; Birmingham Fire Station No. 28, 29 and 30; and for other community institutions and programs, including Birmingham City Schools, the Northeast YMCA, Springville Road Library and Jefferson State Community College. 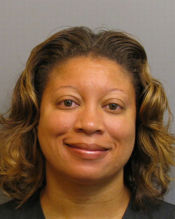 In 2011 a memorandum documenting claims about alleged ethical lapses on Scales' was sent to the Mayor's office by an assistant city attorney and released to the Birmingham News. The claim included allegations that she interfered with voting during the 2012 Birmingham bond referendum, improperly used city resources for private business and used her council position to intimidate business associates, including the Clanton-based carnival operator Kissel Entertainment. Scales denied the allegations. The Alabama Ethics Commission sent the accusation to Attorney General Luther Strange in 2012. Eventually Jefferson County District Attorney Brandon Falls began prosecuting the case and indicted her on six felony counts of violating state ethics laws. She pleaded to the lesser charges of interfering with an elector and unintentional use of public equipment, a misdemeanor, and was sentenced to probation.

Meanwhile, in December 2011, Scales complained during a Council meeting that Mayor Bell's office had failed to deliver promised chairs and tables to a holiday event she put on for District 1 residents.

In December 2015 Scales was appointed to the Council's Economic Development, Budget & Finance Committee and to the Public Improvements Committee.