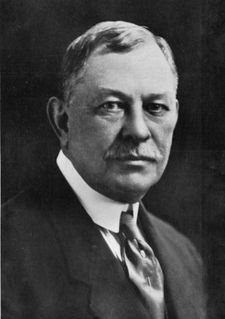 Robert Jemison Sr (born September 12, 1853 in Tuscaloosa; died September 16, 1926 in Birmingham) was president of the Birmingham Railway, Light & Power Company, and the developer of the Glen Iris Park and East Lake residential subdivisions.

Jemison was the son of William Henry Jemison and nephew of Confederate senator and Tuscaloosa merchant and developer Robert Jemison Jr. He attended the University of Alabama and joined his family's mercantile business after graduating.

In 1884 Jemison moved his family to the young city of Birmingham and engaged in a flurry of successful investments. He developed several street railways, helped found the Berney National Bank, invested in Avondale's development, and partnered with James Van Hoose and Rufus Hagood in the formation of the East Lake Land Company which created a large residential suburb anchored by East Lake Park.

Jemison's Glen Iris Park estate subdivision was designed with the help of professional landscape architect Samuel Parsons. Jemison commissioned architect Thomas Walter III to design his own home there in 1902.

Jemison died in 1926 of angina pectoris. He is buried at Elmwood Cemetery and his papers are housed at Birmingham Public Library Archives.

Jemison and his son, Robert Jr, were both inducted into the Birmingham Business Hall of Fame in 2008.