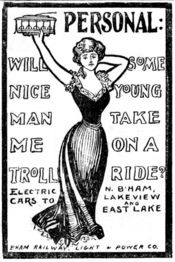 The Birmingham Railway, Light & Power Company operated streetcar lines and distributed natural gas and electricity to customers in Birmingham. Nat Baxter Jr, president of the Tennessee Coal, Iron and Railroad Company, assumed control of the Birmingham Railway & Electric Company from a group of other Nashville-based investors and began planning to fold it into a single utility company for the city. He arranged with shareholders of the Consolidated Electric Light Company and the Birmingham Gas Company to become part of the newly-incorporated Birmingham Railway, Light and Power Company, which was incorporated on February 23, 1898. The first transit consolidation took effect on November 5, 1900, with the electric and gas companies officially acquired on June 13, 1901. Robert Jemison Sr was the first president of the combined company.

The financial backing for the combination of these companies was obtained from Ford, Bacon and Davis of New York through Isadore Newman and Sons of New Orleans, Louisiana. The parent firm controlled the American Cities Railway and Light Company which owned a majority stake in the Birmingham company. George H. Davis of the New York firm became general manager of BRL&P and Ford, Bacon and Davis occupied the topmost floor of the new headquarters building at 1st Avenue North and 21st Street.

The capital available to the combined utility allowed the company to invest in the rapid expansion needed to accommodate the fast growing Magic City. Among its power plants was the large Consolidated Electric Light & Power Plant on Powell Avenue which provided steam to downtown businesses as well as streetcars. In 1914 the company began buying electricity from Alabama Power to supply the growing demand. Meanwhile the advent of the automobile and the company's inability to lobby for fare increases caused the passenger operations to become unprofitable.

The closure of theaters and cancellation of large meetings, as well as a general precaution against avoiding crowded streetcars during the 1918 influenza pandemic, affected revenues. Many drivers, unable to negotiate for wage increases, left for higher-paying jobs during the same month. President and general manager J. S. Pevear was requested by the Birmingham City Commission to account for poor streetcar service as well as poor quality natural gas during their October 14 meeting. Continued breakdowns in service during the winter of 1918 provoked a public outcry and the company went into receivership.

Years of tough negotiations with the city of Birmingham won a ban on competing jitneys in exchange for fare controls and newly-required segregated seating. On March 31, 1921 the Birmingham Railway, Light & Power Company was sold to a newly-organized reincarnation of the Birmingham Electric Company. 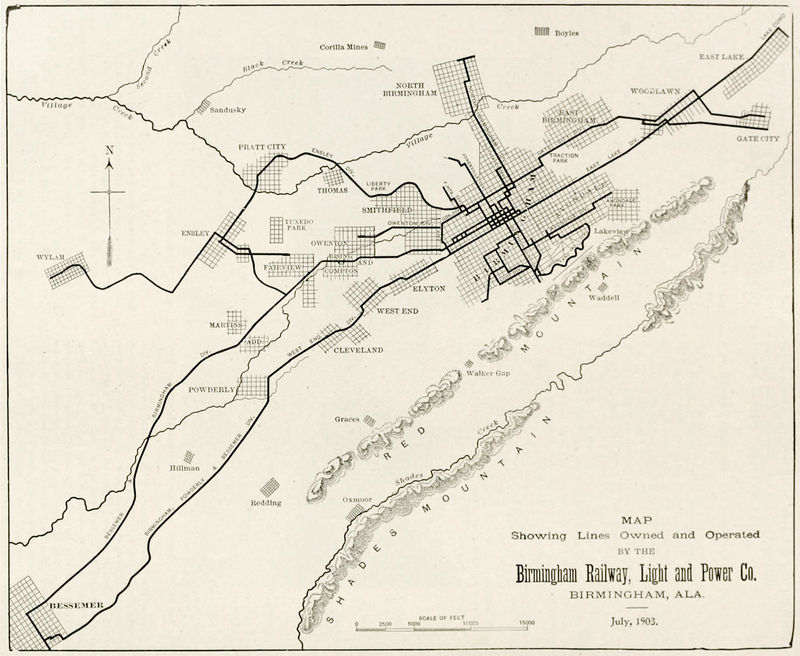