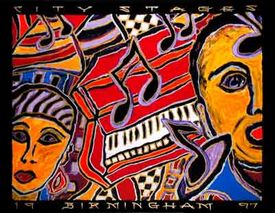 The 1997 City Stages was the 9th annual edition of "Birmingham's World-Class Music Festival". It was held June 13-15, 1997 in and around Linn Park in Downtown Birmingham. There were 270 acts on sixteen separate stages, and the estimated attendance was 255,000 people. Thunderstorms skirted the site early Friday and Saturday afternoons, but no performances were canceled due to weather. Day passes were $18 and 3-day passes were $25 in advance. 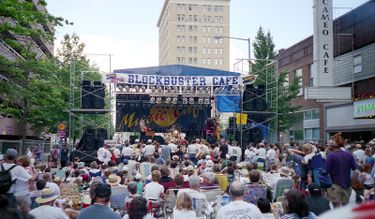 The Birmingham Police Department reported 25 arrests during the festival, which was staffed by more than 100 officers. Of the arrests, only one was on a felony charge, with the remainder being for disorderly conduct, intoxication, possession of alcohol by a minor, and traffic offenses.

The northbound lanes of I-59 were closed for a little over an hour following a fatal collission between the 4th Avenue South and Roebuck Parkway exits just as the festival was closing on Sunday evening.

The 1997 City Stages coincided with an ongoing touring exhibition of objects from the Smithsonian Institution on display at the Birmingham Museum of Art, which also hosted the Mind Expanding Grits Theater.