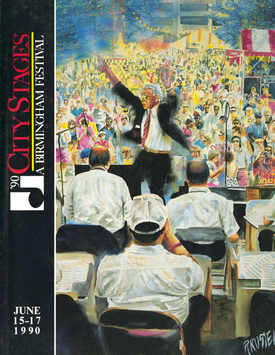 The ticket price remained the same, $3 per day or $5 for an advance weekend pass, available at Food-World and AmSouth locations. Children's one-day tickets were sold for $1, which children under 6 admitted free. The service charge for telephone orders through Fastix was $1.25.

Corporate sponsorships increased greatly, with Jell-O and Oscar Mayer joining Coca-Cola, Food-World and AmSouth Bank. The City of Birmingham contributed $25,000, as well as in-kind services. Jefferson County allocated $35,000, giving the festival a budget of about $565,000 in cash, with another $145,000 in donated services.

The Birmingham Museum of Art, Discovery Place, Red Mountain Museum and Birmingham Public Library contributed to the array of children's activities, including a "book walk" and a whale-themed ecology exhibit.