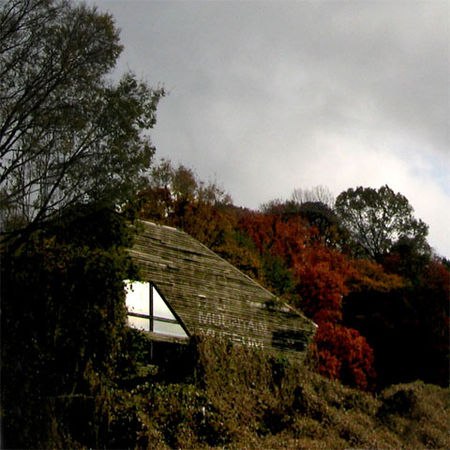 The vacated Red Mountain Museum in 2005

The Red Mountain Museum was a small science museum dedicated to the geology of Red Mountain. The city-owned facility was located at 2230 Arlington Crescent South from 1977 to 1998.

The museum had its beginnings in 1971 as a place to catalog and exhibit fossils discovered during the creation of the Red Mountain cut, a massive excavation through the ridge for Red Mountain Expressway which was already attracting geologists from around the world. A master plan drafted by Rust Engineering and unveiled in September 1973 showed a multi-building museum campus on the north slope, adjoining the cut, and accessed from Arlington Avenue. Neighbors objected to uncertainties about the scope and schedule for the project, and expressed doubts about being able to sell their property at a fair price.

Property at the intersection of Arlington Crescent and 22nd Street South was donated to the city by the Linn-Henley Charitable Trust for use as a museum or park. The building itself, which opened in September 1977, was an angular, modern composition, sheathed in wooden boards and perched at the side of the cut. Funding for the initial staffing came from federal grants for arts and sciences.

Visitors could view collections and interpretive displays inside the museum and also walk along a portion of the side of the cut above Red Mountain Expressway. Signs were erected to point out the history and geologic features of the mountain. Additional programs and exhibits focused on geology and paleontology, but also covered astronomy, physics, meteorology and other science topics. A mososaur skeleton was prominently displayed inside. On the roof was a solar telescope which projected a live, magnified view of the sun on an interior screen.

In the early 1980s the Red Mountain Museum began planning a $9 million expansion on its own site. The city commissioned a master plan from museum designer Verner Johnson in 1984 and the museum board, led by Whitman Cross, began raising funds. Soon thereafter, however, they city decided to rescind its promise of funding. The subsequent 1991 merger with the neighboring Discovery Place children's museum was considered by some to have been a "hostile takeover" executed with the help of Mayor Richard Arrington Jr, who was interested in seeing a "science center" built downtown.1.

Together the merged museum boards formed Discovery 2000, which planned and raised funds for a new museum. The Red Mountain Museum's site was considered, but the difficulty of accommodating school buses and the city's reticence about upgrading the road cut walkway for handicapped accessibility made it clear that moving was the only option. The McWane Center opened in July 1998 in the former Loveman's building downtown.

After McWane's opening, some of the exhibits from the Red Mountain Museum were relocated there along with the museum's extensive fossil collection. In 2007 the City of Birmingham reached an agreement with the Dominican Sisters of St Cecilia Congregation to sell half of the museum property to Saint Rose Academy for $606,632.76. The sale was approved by the Linn-Henley Trust with the assurance that the funds would go toward displaying the museum's fossil collections to the public at the McWane Center. An "Alabama Sea Monsters" exhibit featuring the mososaur as well as a local Plesiosaur and a 15 1/2-foot-long sea turtle opened on October 5, 2007. Remaining fossils will be used in future exhibits.

The former museum building was demolished beginning July 2, 2007. The site was used for parking in accordance with the school's master plan. The city retains the small neighborhood park adjacent to the former museum, as well as the locked access to the Red Mountain cut walkway. Discussions regarding the possibility of re-opening the interpretive cut have not moved forward.