Bruno's is a grocery store chain which once claimed more than 150 locations and employed 14,000 in its Bruno's, Food World, Big B Drugs, and Vincent's Market stores. As of September 2009, it currently is part of the Southern Family Markets chain, with 7 stores branded as Bruno's, all in Alabama. The lone remaining store in the Birmingham area is in Hoover. Southern Family's headquarters are located at 800 Lakeshore Parkway. 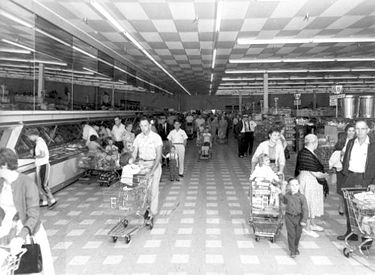 Joe Bruno founded the first store, called Bruno's Bros. Grocery, in 1932 with a $600 investment from his family. He operated the 800 square foot store with his brothers Angelo, Lee, and Anthony.

By 1959 the brothers had expanded the operation to 10 stores. They filed for incorporation and, over the course of the 1960s, opened 20 more stores across the state and launched the Big B Discount Drugs chain. During this period, the stores used "Bruno the Bear" as a mascot, with a cartoon bear appearing on signs and advertisements and a costumed bear appearing at special events and store opening.

The Food World chain of larger discount supermarkets was launched in 1972 with capital raised from the company's first public stock offering in 1971. Bruno's began moving away from the Bruno's name, opening stores under the Food World and Consumer Warehouse Foods names, and converting existing Bruno's to those names.

Joe Bruno retired as CEO in 1977. When the company celebrated it's 50th anniversary in 1983 it had 51 grocery stores in Alabama, Tennessee and Georgia, as well as 40 Big B stores and three warehouses. It began purchasing rival Food Fair stores that year, and launched the FoodMax brand in 1984. The Consumer Warehouse Foods name was dropped around this time as well. In 1985 Bruno's constructed a massive Distribution Center at 400 Industrial Drive off of Lakeshore Parkway in Oxmoor.

In 1988 the company founded Vincent's Market, named for Joe's father, Vincent Bruno, who emigrated to Birmingham from Sicily in 1908.

The company suffered a severe shock when Angelo Bruno and several other executives died in a plane crash near Rome, Georgia in 1991. Angelo's son Ronald Bruno, already President and CEO, took over as Chairman. The Senior Tour golf tournament he had been planning began play in 1992 as the Bruno's Memorial Classic. A planned "American Fare" joint venture with K-Mart stores was scuttled.

The chain was sold to Kohlberg Kravis Roberts for $1.2 billion in 1995. Ronald Bruno resigned shortly thereafter. Three years later, with nearly $1 billion in debt, the company filed for Chapter 11 bankruptcy reorganization. It came out of bankruptcy protection in 2000 and acquired 19 Delchamp's stores in January 2001.

In December 2001 it was acquired by Royal Ahold for $500 million. It was sold again, in December 2005 to Lone Star Funds, which merged the company headquarters into its Bi-Lo chain, based in South Carolina. It also sold 60 of the stores to New Hampshire's C&S Wholesale Grocers, which subsequently placed its Southern Family Markets divisional headquarters in the former Bruno's headquarters in Birmingham.

Lone Star spun Bruno's off from Bi-Lo in March 2007 and returned its headquarters to Birmingham. The company currently operates 65 stores in Alabama and north Florida. It employs 5,100, of which 3,000 are in the Birmingham metropolitan area.

Between the third quarters of 2006 and 2008 Bruno's market share in Birmingham fell from 22% to just over 11% as Wal-Mart and Publix entered the area's supermarket business. During that period 14 of the region's 36 locations were shuttered. In September 2008 the company announced plans to remodel its remaining stores and construct three new ones. It hired Glendale, California-based Palladeo to conduct market research and generate retail strategies and designs for store upgrades and brand identity.

In February 2009 the company again filed for Chapter 11 bankruptcy protection. Kent Moore stepped down as CEO and was replaced by turnaround specialist Jim Grady of New York's Alvarez and Marshal. The chain plans to continue operating as it reorganizes.

On April 30, 2009, as part of Bruno's bankruptcy proceedings, pending court approval, Southern Family Markets agreed to purchase 31 Bruno's locations on a "going concern" basis along with the remaining 25 Bruno's stores for liquidation in a $45.8 million deal. The purchase returned Southern Family to a retail presence in metro Birmingham, with six Bruno's and Food World locations remaining open; another 12 locations in the metro area closed. Southern Family sold 57 stores to Belle Foods in 2012. 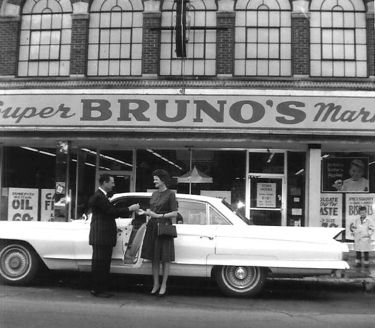