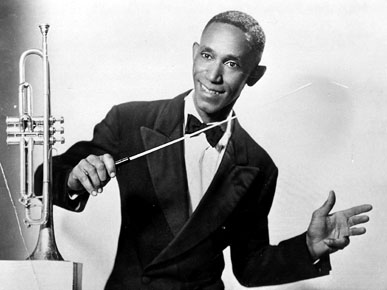 Whatley was one of seven children born to Samuel and Lucy Whatley in rural Tuscaloosa County. The first bands he heard play came into town with the Ringling Brothers Circus and Whatley mimicked the brass licks he heard on his father's hunting horn. The family moved to Birmingham in 1906 so that John and his brother, Edward, could enroll at the Tuggle Normal & Industrial Institute, founded three years earlier by John and Carrie Tuggle in the Enon Ridge neighborhood.

Whatley was taught to read music and play trumpet by the school's bandleader, Sam "High C" Foster. He also studied printing, plumbing, and electrical engineering. He sold scrap iron to pay for his first trumpet. After graduating in 1913, Whatley succeeded Foster as band director. He changed his middle name to "Tuggle" in honor of John Tuggle. He married Alice Daniels in 1915.

In 1917 Whatley was hired to teach printmaking at Industrial High School. He took the opportunity to pull together various music groups from among his students, including a parade band and a concert band. He taught his them how to read music and they gave him the nickname "Fess," short for "Professor". Soon Whatley's music program earned notice from school officials, and then earned the school a reputation for producing well-trained musicians.

In 1922 Whatley formed a dance orchestra, the Jazz Demons, made up of current and former students, which toured the region performing at events for both black and white audiences. He followed up with the Saxo Society Orchestra, a big band with a sprawling horn section which included Erskine Hawkins and Dud Bascomb. He renamed that group the Vibra-Cathedral Orchestra in the 1930s. When touring with his bands, Whatley's insistence on discipline only increased. He was known to conduct bed-checks every half hour to make sure his players weren't getting into trouble.

At the invitation of Alabama State Teachers College president Harper Trenholm, Whatley helped his former students and educator Len Bowden organize a dance band program, dubbed the Bama State Collegians, in 1929. The group was an instant success and toured all over the United States. Whatley encouraged many of his Industrial High School pupils to apply for scholarships to Alabama State, where they mixed with musicians from around the country who flocked to Montgomery for the opportunity.

While requiring his musicians to kowtow to the particular demands on entertainers in the segregated South, Whatley was not content to leave injustice unchallenged. He organized fund-raisers for the Southern Negro Youth Congress and complained in an address to the 1939 Convention of the American Federation of Musicians (AFM) in Kansas City, Missouri that his students were barred from joining the local chapter due to segregation laws. Afterward he organized a separate chapter, the American Federation of Musicians Local 733, which merged into the existing white union in 1969.

Whatley was given a Distinguished Service Award from Miles College in 1962 and a Citation of Merit from the Alabama State Teachers Association a year later. He was posthumously inducted as a charter member of the Alabama Jazz Hall of Fame in 1978 and was recognized with a "Lifework Award for Non-Performing Achievement" by the Alabama Music Hall of Fame in 1991.

Whatley died in January 1972 and is buried at Birmingham's New Grace Hill Cemetery. His scrapbooks are archived in the Birmingham Public Library.