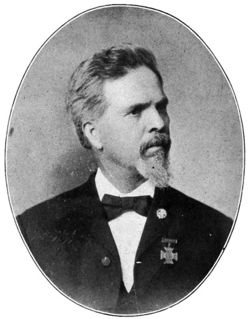 Orion was the son of Doctor Thomas Henry Dozier and Martha Stearns Davie Dozier. He was raised in Atlanta and educated in the public schools there and in Eufaula. During the Civil War he served in Company A of the 2nd Regiment, Georgia Volunteers. He went on to earn a degree at the Atlanta Medical College and married the former Elizabeth Powers on April 30, 1874. He began practicing medicine that year in Cherokee County, Alabama. He resettled in Portageville, Missouri and Rome, Georgia before making his way to Birmingham in 1890.

He opened Dr Dozier & Co.'s Southern Medical Dispensary and Surgical Institute in the Simon Block on the corner of 19th Street and 3rd Avenue North, advertising the "remarkable and successful treatment of all Chronic, Nervous, Blood, Skin and Genito-Urinary Diseases," to patients who visited the office, or filled out a "Perfect Question Blank", sold for 2¢ each, by which he would be able to make diagnoses by mail.

In 1897 he was joined by his son, Byron in the practice of Dozier & Dozier. In 1899 they became the first physicians in the South to use an X-ray machine. They also made use of other electrical appliances in the treatment of nervous disorders.

Dozier was one of the founders of the white supremacist Regents of the White Shield which was incorporated on February 23, 1899 and added chapters in several other Southern cities. Dozier held the office of supreme commander until his death. In December 1916 Dozier invited Florida's Governor-elect, Sidney Catts, who was in Birmingham to visit his son, to address the group on the subject of how he, "Smashed the Machine," in Florida. Dozier and Catts were quoted in the next morning's Birmingham Age-Herald, prompting a somewhat sarcastic response, also published in the newspaper, from Father James Coyle of St Paul's Catholic Church. Coyle issued a challenge from his paper, Our Sunday Visitor, promising $1,000 to anyone who could provide proof of various allegations put forth against the Catholic Church and its institutions. Dozier published his own lengthy answer to the challenge in the form of a 158-page treatise.

As an inventor, Dozier patented designs for a harness hame, a railway switch, a nut lock, a syringe bottle, a rapid-fire gun, a portable elevator and fire escape, and a mailing machine. He was also a published poet with several volumes to his name, much of it eulogizing the Confederacy and attacking Catholicism.

Orion and Elizabeth Dozier had four children: Byron, Lorena, Thomas and Irma. Mrs Dozier was seriously injured by a hit-and-run driver in 1913. Thomas was shot to death downtown in 1944.

Dozier died in 1925 and is buried at Elmwood Cemetery.