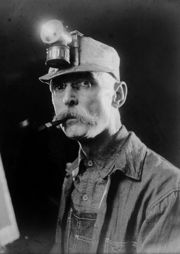 John Roderick Dempster MacKenzie (born 1865 in London, England; died January 27, 1941 in Mobile, Mobile County) was a Classically-trained artist best-known for his paintings of Mughal India, his oil pastel illustrations of Birmingham District steel-making, and his murals gracing the rotunda of the Capitol of Alabama in Montgomery.

MacKenzie's family immigrated to Mobile in 1872. When Roderick was 15, his mother died and the children were sent off separately. He and a brother went to live at Mobile's Wilmer Hall, an Episcopal home for orphans founded by Bishop Richard Wilmer. His interest in art was encouraged, and the institution provided him with a scholarship to the School of the Museum of Fine Arts in Boston, Massachusetts, where he studied from 1884 to 1888.

MacKenzie returned to Mobile and entered into an active trade in portraits, landscapes, and Mardi-Gras images. He took on students before raising enough money to continue his training in Paris. He studied painting and sculpture at L'Académie Julian, and was soon accepted into L'Ecole des Beaux-Arts. While in Paris he married Charlotte Barnes of Boston. The couple spent the next 14 years in working from Calcutta where he was engaged to fulfill the demand for depictions of Indian themes in the markets of the East India Company. 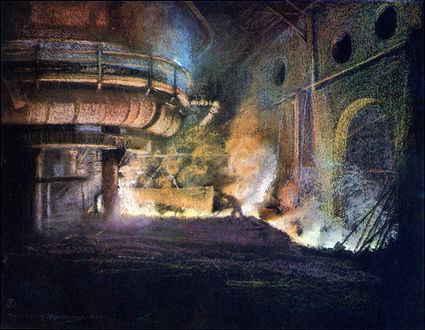 In 1902 MacKenzie was commissioned to execute an official depiction of the Edward VII's coronation in Delhi as Emperor of India. That commission prompted the magazine Men and Women in India to nominate him as the "best artist is Asia" in 1905. He traveled with the Maharajah of Cooch Behar and the Nawab of Bahawalpur on hunting expeditions and forays to the Khyber Pass, Afghanistan and Baluchistan.

MacKenzie's esteem in India did not translate into financial rewards in Paris and London, and in 1913, as war approached in Europe, he set sail once more for America. He arrived in New York and eventually made his way back to Mobile at the age of 49. As an accomplished artist, he received numerous commissions from Mobile society and returned to teaching in Mobile and Birmingham. He accepted many of the state's established artists as pupils, including Doris Alexander, Hannah Elliot, Carrie Hill, Genevieve Sutherland, and Eugene Walter. During World War I he earned money by creating propaganda for the U. S. Government. He also designed the official seal of Mobile's Murphy High School.

After Charlotte's death in 1920, MacKenzie became more active in the arts establishment. He joined the American Federation of the Arts and was appointed to the Alabama Art Commission. He was soon planning for a major project to artistically document the making of steel and secured permission to sketch at the Tennessee Coal, Iron and Railroad Company's Ensley Works at night. His vivid pastel drawings, exhibited at the Little Gallery Annex in Birmingham won the admiration of TCI president George Crawford. 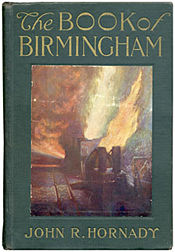 The Book of Birmingham, cover illustration by Roderick MacKenzie

The series, which eventually numbered 43 drawings, were exhibited in numerous venues in New York City for a period of three years beginning in May 1923 and ending with the Southern States Exposition at the Grand Palace in 1925. MacKenzie was inducted into the Alabama Hall of Fame along with Helen Keller at a ceremony held during the exposition. One of his drawings decorates the cover of John Hornady's 1921 Book of Birmingham.

MacKenzie's Mobile studio was destroyed by fire in 1926. That same year, though, he was selected to execute a series of 8 large murals for the Alabama Capitol rotunda. In addition to the painted canvases illustrating scenes from the state's history he designed the decorative plasterwork which serve as frames. The work was completed in 1931.

He followed that work with a return to steel-making imagery, executing a series of lithographs of various scenes in Birmingham and Anniston. The effects of the Great Depression, however, limited his market for private sales. He returned to public art under the New Deal, until his British citizenship was revealed. He eked by and documented the construction of the Bankhead Tunnel across the Mobile River. He died in 1941 and is buried at Magnolia Cemetery in Mobile.