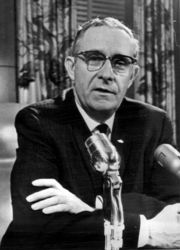 The 1963 Birmingham municipal election was held on March 5, 1963 to elect a mayor and fill nine at-large seats on the newly-approved Birmingham City Council, which replaced the former Birmingham City Commission. It was the first election held after the City of Birmingham adopted the Mayor-Council Act of 1955 as its form of government. Major issues discussed during the run-up to the election included how the city would react to building pressure for desegregation, how to improve municipal finances, and how to polish the city's tarnished national image.

44,736 voters cast ballots on a day marked by storms and high winds, the highest number to ever vote in a municipal election. The bar was raised during the April 2 runoff, when 51,278 people appeared at the polls.

Though all three members of the outgoing City Commission refused to leave office and filed suit to keep their positions, two of them, Bull Connor and J. T. Waggoner Sr, qualified for the mayoral ballot. They faced two-term State Senator and then Lieutenant Governor Albert Boutwell, and attorney Tom King.

All four candidates favored proposals to merge Birmingham's outlying suburbs into "One Great City", and all four favored maintaining racial segregation, though they differed in their intended approach. Boutwell and Connor emerged as front runners. Waggoner favored Connor's politics, but without Connor's celebrated viciousness. King, formerly more moderate, had adopted more or less the same platform as the higher-profile Boutwell.

Boutwell promised to mount a vigorous legal challenge to court-ordered integration, while Connor promised outright defiance of federal laws and courts. While Connor would keep pools and playgrounds closed, Boutwell outlined a plan to transfer ownership of public pools to private operators and to establish a reservation system for playgrounds and picnic shelters. On the Birmingham's economic stagnation, Connor applauded City Hall's diminished outlays because it meant low taxes. Boutwell pledged to spur economic development through public improvements and support for the growing Medical Center. 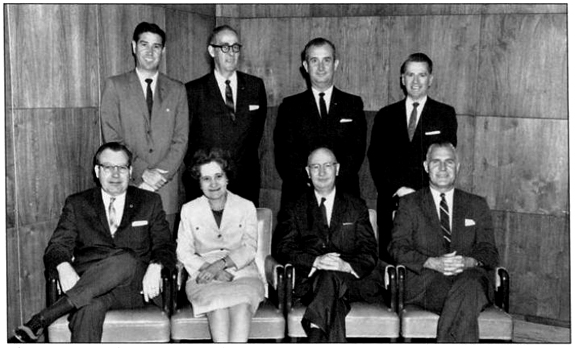 Voters were required to select nine candidates at large. Ballots with more or less than nine marks were ruled invalid. The top 18 finishers advanced to the runoff election. In the runoff, the top four vote-getters were awarded four-year terms, with the next five taking two-year terms to establish staggered vacancies in future biennial elections.

E. C. Overton, who barely slipped into the runoff, edging R. R. Andrews by only 19 votes, gained a large amount of support in March, finishing in the top three overall. The two African-American candidates, who finished 11th and 14th in the general election, fell far behind in the runoff as the limits of their support emerged on the smaller ballot. After the newly-elected councilors took office, they elected Wiggins to serve as President of the Council.