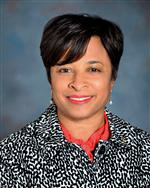 Clarke attended Wilkerson and Scott Elementary Schools and graduated from Ramsay High School. She earned a bachelor of science in electrical engineering at the Georgia Institute of Technology in Atlanta. She worked as a staff engineer for the Brooklyn Union Gas Company in New York from 1989 to 1993 and later worked for H. J. Russell & Co. as a program management consultant. While working there, she managed the Birmingham events of the 1996 Olympic Games.

In 2000, Clarke was hired as a chief administrative assistant for capital projects. She was promoted to Director of the Birmingham Department of Economic Development under Mayor Bernard Kincaid. She continued in that role after Larry Langford took office in November 2007, but left to accept employment at Regions Financial Corp. in January 2008. She was succeeded by Tracy Morant-Adams. She has also served as the chair of the Cultural Alliance of Greater Birmingham.