Children's Hospital of Alabama is a private non-profit pediatric hospital affiliated with the Department of Pediatric Medicine at the UAB School of Medicine. It is one of the 10 busiest pediatric medical centers in the United States and houses Alabama's only Level 1 trauma center for pediatric patients. The 275-bed hospital and a network of pediatric clinics around the region are operated by the Children's Health System. The hospital's president and CEO is Mike Warren and Gwaltney McCollum, Jr is chairman of the board.

Children's Hospital began as a Holy Innocents Hospital, which was founded on June 17, 1911 by Reverend Carl Henckell of All Saints Episcopal Mission, Reverend Raimundo de Ovies of St Andrew's Episcopal Church and Doctor James Dedman, medical officer for the City of Birmingham. The Episcopal Diocese of Alabama sponsored the project, which was first housed in All Saints' Parish House at 614 29th Street South, and later in a rented frame house at 2933 7th Avenue South.

Caroline Johnson led the efforts to raise enough money to expand and renovate the house into a functioning hospital with three wards housing as many as 25 patients. In 1914 the hospital's directors voted to leave the patronage of the Episcopal Diocese and changed the name to "Children's Hospital". Doll Bazaars organized by the Women's Auxiliary helped support hospital operations until the Community Chest of Birmingham stepped in to supplement the cost of medical care provided to families. Mary O. Smith was the hospital's superintendent in the mid 1910s, and Ruth Adams held that position in the early 1920s. 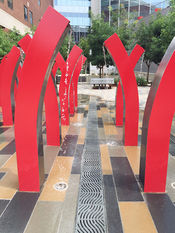 On June 2, 1924 the hospital moved to a new brick building nearby at 710 30th Street South. A second building was added in 1932, bringing the capacity of the hospital to 110 patient beds.

In 1958 the hospital obtained federal funding through the Hill-Burton Act to begin a building campaign. The Meyer Foundation and other donors helped in the effort to replace that facility with a new, modern 4-story building which opened on April 30, 1961 at 1601 6th Avenue South. Richard Webb was administrator and Harry Shirkey was director.

Also in 1961 Children's forged an agreement with UAB Hospital and the UAB Department of Pediatric Medicine to serve as a teaching and research hospital. The new building grew by one floor in 1968, with further additions in 1972, 1982 and 1989 bringing the total number of patient beds to 190.

A 190,000 square-foot Ambulatory Care Center was opened nearby in 1991, allowing the hospital to enlarge its trauma care facilities and to install a heli-pad.

In March 2008 Children's Hospital announced plans invest $450 million to build a new hospital one block north of the existing facility, incorporating the older buildings as well as the adjoining Children's Harbor. HKS, Inc. of Dallas, Texas led a joint venture with Giattina Aycock Architecture Studio to design the expansion.

On May 6, 2008 the Birmingham City Council unanimously approved an incentive package worth up to $20 million to support the project. The city would refund a portion of the occupational taxes on up to 1,000 new jobs created by the hospital. In return, Children's Hospital offers health screening for uninsured children who live in Birmingham and partners with the Alabama Child Caring Foundation to improve medical care for residents.

A $25 million gift was received from Ben and Luanne Russell in honor of his grandfather, Benjamin Russell, founder of Russell Manufacturing in Alexander City. The building, dedicated on June 5, 2012, was named the Benjamin Russell Hospital for Children in recognition. The older building was renamed the Dearth Tower for former CEO Jim Dearth. 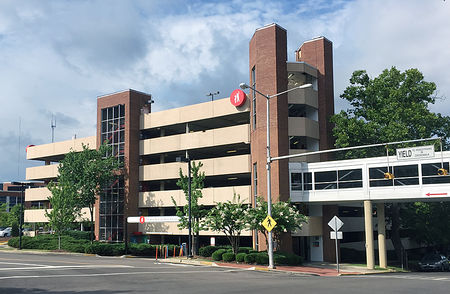 McWane and Lowder buildings in 2019