Tuscaloosa Avenue or Tuscaloosa Avenue Southwest is a major east-west street in West End, and a remnant of Tuscaloosa Road, which crossed the Huntsville Road, Georgia Road (Cotton Avenue), Arkadelphia Road, and other roads leading to Jasper and Selma at Elyton in the 1800s. It was alternately known as High Street or Main Street within Elyton. After the town's annexation by Birmingham, it became a continuation of 2nd Avenue North, running west from Center Street to 17th Street Southwest, where it merges with Pearson Avenue Southwest at Berney Points.

Most of the street runs within the Arlington-West End neighborhood, with the western end reaching into Oakwood Place.

Three blocks of Tuscaloosa Avenue, between 7th and 10th Avenue Southwest are owned by Baptist Medical Center Princeton. The Birmingham City Council approved a resolution to close that section on August 3, 2010, but Alley's Drugs owner Dave Alley filed a lawsuit which led to a temporary injection. 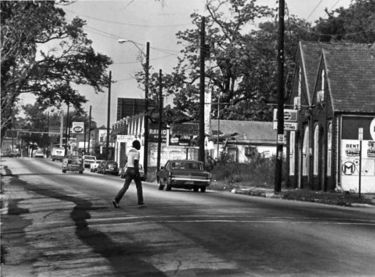