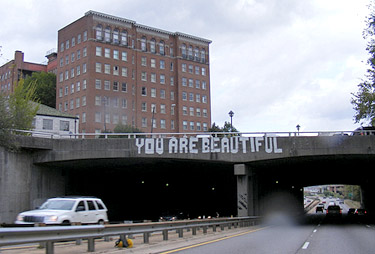 "You Are Beautiful" on the Highland Avenue overpass in October 2010. Photo by André Natta

"You Are Beautiful" is a message spread internationally by way of painted graffiti, stickers, and other installations. In the Birmingham area it has been painted in several prominent locations by two anonymous artists.

According to a statement at you-are-beautiful.com, the purpose of the project is to make the world a better place by "creating moments of positive self realization".

The first widely-seen local installation was on the south side of the Highland Avenue overpass, seen from the northbound lanes of the Elton B. Stephens Expressway heading into Birmingham from over the mountain. The white lettering was applied with paint rollers in October 2010 and generated a great deal of reaction, much of it positive. A mention of the story was made on NPR's national "Morning Edition" program. Mayor William Bell applauded the spirit of the message and an official in his office suggested that it "should be replicated all over the city". Nevertheless, the Alabama Department of Transportation made plans to remove the graffiti when weather conditions permitted. Before they did so, the message was defaced on December 24 and buffed out with gray paint by city crews later the same day. The word "beautiful" was repainted, more clumsily, in red. The entire message was painted over on April 12, 2011.

Other unsanctioned installations include: 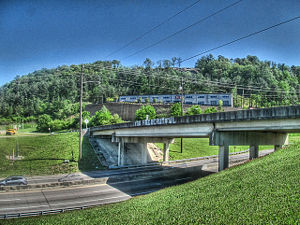 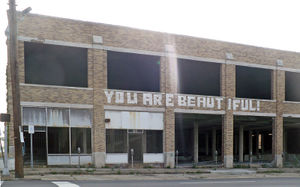 There have also been sanctioned displays, approved by property owners: