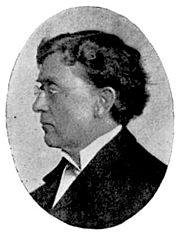 Weatherly was the son of Doctor Job Sobieski Weatherly and his wife, the former Eliza George Gilmer Taliaferro. He moved with his family to Montgomery when he was two years old and was raised there. At the age of 14 he left to complete his undergraduate studies at the University of the South in Sewanee, Tennessee. After six months there, he returned to Montgomery and entered into business and taught penmanship in the schools there. In 1879 he earned a law degree at the University of Alabama and joined the Montgomery firm of Clopton, Herbert and Chambers.

Weatherly moved to Birmingham in November 1882 and, on December 13 married Florence Milner, daughter of railroad engineer and city founder John T. Milner. Between 1883 and 1901 they had seven children: George (a girl), Marjorie, James Jr, Florence, Doris, Henry and Colin (who died in childhood).

Upon his arrival in the city, Weatherly partnered with Henry Sharpe in the firm of Sharpe & Weatherly, which represented the Georgia Pacific Railroad. When Sharpe was appointed to the Birmingham Municipal Court three years later, he formed the partnership of Weatherly & Putman with Samual Putman. Later he joined Frank White in the firm of White & Weatherly and was appointed full-time assistant general counsel to the Georgia Pacific in 1888. He also served as on the Board of Aldermen for the town of Highland.

Weatherly was a member of the "Suffrage and Elections Committee" during the convention which drafted the 1901 Constitution of Alabama, effectively disenfranchising the state's African-American citizens. He was appointed to the Jefferson County Sanitary Commission when it was created in 1901. He successfully argued in Birmingham Trust & Savings Company v. Jefferson County that sewer bonds issued by the County were to be secured by the county's general revenues, not solely by the special tax established to enable sewer construction.

In 1912 Weatherly advocated replacing the "Belgian block" pavements in city streets with smoother brick or asphalt paving, provided that neighboring property owners would help pay the cost. That same year, he was appointed a trustee of the failing Birmingham Medical College in order to help effect its sale to the University of Alabama. In 1913 he attempted to introduce an ordinance, based on one passed in Chicago, Illinois, which was intended to reduce air pollution by requiring the installation of "automatic stokers" in coal ovens. The companies successfully opposed the ordinance on the basis that complying with the ordinance would lead to pay cuts and layoffs.

In 1914 Weatherly filed a lawsuit against the Birmingham Water Company, alleging that the poor quality of municipal water constituted a breach of the company's contract with the city. The action was dismissed, and the judgment also invalidated a city ordinance which lowered the flat rates previously charged. The controversy was an issue in the 1915 Birmingham City Commission election, in which Weatherly was elected Commissioner of Public Property and Utilities. His negotiations with the railroads enabled the construction of the 1st Avenue North Viaduct, originally called the "Weatherly Viaduct" in his honor. He also prompted construction of the Rainbow Viaduct, completed at 21st Street in 1919.

Weatherly resigned from the Commission in 1917 to campaign for Nathaniel Barrett in the Mayoral election. Some of his correspondence was removed from his office and released to the press by one of Barrett's opponents, Arlie Barber.

After leaving office, Weatherly joined the firm of Weatherly, Deedmeyer & Birch (later Weatherly, Birch & Hickman). He died in 1930 in North Carolina and is buried alongside his wife at Elmwood Cemetery.