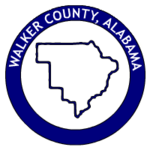 Walker County is a county located to the northeast of Birmingham and Jefferson County. It was created on December 26, 1823 from parts of Marion and Tuscaloosa Counties. It was named in honor of John Williams Walker, Alabama's first member of the United States Senate. As of 2000 the population was 70,713, declining to an estimated 64,058 by 2017. The county seat is Jasper. 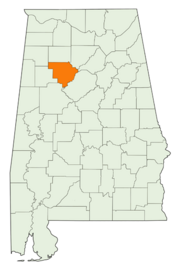 According to the U.S. Census Bureau, the county has a total area of 805 square miles, of which 11 square miles (1.35%) is water, primarily Lewis Smith Lake.