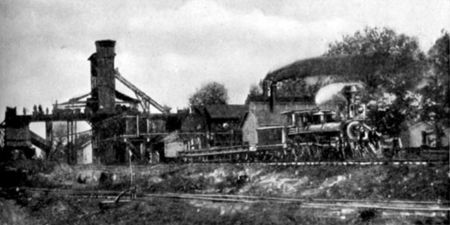 The Pratt Coal & Coke Company was an early and influential, but short-lived coal-mining company. It was organized in January 1878 as a partnership between Henry F. DeBardeleben, Truman Aldrich and James Sloss, with DeBardeleben as president. The company opened up the "Pratt seam" of coal in the Warrior Coal Fields northwest of Birmingham, now the site of Pratt City. The long-awaited delivery of quality coal to the manufacturing sites downtown breathed life into the ambitions of the Elyton Land Company.

The seam, originally known as the "Browne seam" had already been tapped by William Gould's 100-foot shaft, but its full extent was surveyed by Aldrich with the assistance of engineer Joseph Squire. The land was purchased from Gould and the company and its seam named in honor of Daniel Pratt, DeBardeleben's mentor, father-in-law and benefactor. The newly-formed company also purchased coal and coke producing operations in Helena, and, perhaps more importantly, secured the services of mining engineer Llewellyn Johns.

Aldrich and Johns superintended the mining of the coal while DeBardeleben negotiated for buyers and Sloss oversaw the development of a 6-mile Birmingham & Pratt Mines Railroad which entered downtown Birmingham's Railroad Reservation from the northwest (later paralleled by the Kansas City, Memphis & Birmingham Railroad.)

The rail line serviced one of the Pratt Company's first customers, the Linn Iron Works, a foundry built by Charles Linn on the western edge of the Railroad Reservation. The first load of Pratt coal entered the city in February 1879, fueling the boom period of the 1880s.

Pratt Coal also powered the adjacent Birmingham Rolling Mills, founded in 1879 by W. B. Caldwell with DeBardeleben's encouragement. That same year, DeBardeleben partnered with Thomas Hillman to build the Alice Furnace west of Linn's foundry at the terminus of their rail line. That furnace, designed by Hillman to use Pratt seam coke, was the first operation to demonstrate the feasibility of large-scale, high-quality iron production from the materials available in Jones Valley.

As the mining operation grew, contractor Frank O'Brien was kept busy by the company, erecting coke ovens and other surface works near the mines, which followed the seam's outcrop to the northeast and southwest of the first mine opening. The mines themselves were operated in large part by convicts leased from the State and housed in guarded barracks. Leased convicts unearthed about 120 tons per day in the beginning, and 1,500 tons of coal and 300 tons of coke per day by 1881.

Sloss resigned from the company in 1879 with an eye toward building his own furnace. Aldrich left in 1881 to found the Cahaba Coal Company in Bibb County. DeBardeleben sold the company to Enoch Ensley for $600,000 that same year. Fearing the onset of tuberculosis, DeBardeleben temporarily fled to Mexico to become a sheep rancher before returning to the Birmingham District to establish new industries.

Ensley and his backers created the Pratt Coal & Iron Company, which was sold, in turn, to the Tennessee Coal, Iron and Railroad Company in 1886. TCI hired Erskine Ramsay, a young mine superintendent from Pennsylvania, to superintend the operation. Under his leadership, the company built its own railroad connecting the Pratt mines to its Ensley and Fairfield Works and upgraded the mining, coal washing and coking facilities at the mining site. In addition to supplying TCI's furnaces, the productive Pratt Mine shipped coal to the Thomas, Alice and Sloss Furnaces.

The former Pratt mines faded into history, with no surface works remaining by the end of the 1950s.

It is believed that Henry F. DeBardeleben gave the Fraternal Cemetery to the fraternal organizations of miners as a burial ground in 1881. That cemetery still exists today. A convict cemetery, west of Pratt Slope No. 1 (Central Pratt) was used to dispose of the remains of uncounted numbers of convict workers that the company leased from the state until their deaths. The unmarked graves now underlie a wooded area.