1881 was the tenth year after the founding of the City of Birmingham. 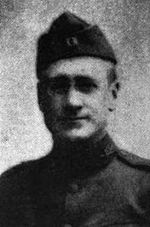 In 1881, Phoenix, Arizona was incorporated. James A. Garfield was inaugurated as President. The First Boer War ended. The American Red Cross was founded. Billy the Kid was shot and killed by Sheriff Pat Garrett. The fifth hurricane of the Atlantic season hit Florida and the Carolinas, killing about 700. The Thumb Fire in Michigan destroyed over a million acres and killed 282 people. Chester A. Arthur succeeded Garfield as President after Garfield died from a shooting. The Gunfight at the O.K. Corral occurred in Tombstone, Arizona.

Notable books published in 1881 included The Black Robe by Wilkie Collins, The Portrait of a Lady by Henry James, and The Rise and Fall of the Confederate Government by Jefferson Davis. Notable music composed in 1881 included String Quartet No. 2 by Alexander Borodin, Pièces pittoresques by Emmanuel Chabrier, and Nuages Gris by Franz Liszt.