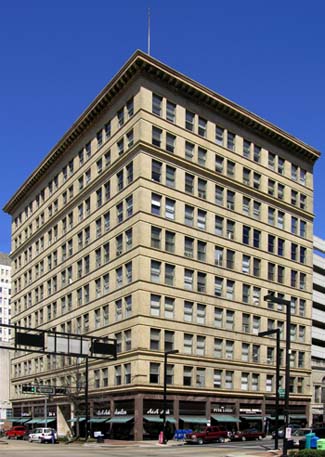 The offices served as the home of the Birmingham School of Law from 1996 to 2012. The Woodruff Manufacturing Company also has offices in the building. In 2018 Orchestra Partners began a redevelopment and rebranding of the property as "The Frank". The project was awarded $5 million in Historic Preservation Tax Credit from the state of Alabama and secured $6.15 million in financing the Atlanta-based Ardent Companies. In 2021 Orchestra Partners modified its redevelopment plan to include residential units on floors 2 through 10. The ground floor will feature an open courtyard space. Construction began in June of that year.