17th Street North is one of the primary north-south streets in downtown Birmingham's business district. Downtown, south of 11th Avenue North, the street is one-way for South-bound vehicular traffic. The change was made in 1973 as part of the Alabama Department of Transportation's TOPICS (Traffic Operations Program to Increase Capacity and Safety) program.

17th Street resumes north of the interstate between 16th Terrace North and 19th Avenue North. North of Village Creek another short section begins at 22nd Avenue North and crosses Finley Boulevard. It is interrupted at 27th Avenue North for the Ensley Branch and Birmingham Mineral Railroad, but resumes at 28th Court North and continues to the foot of Sand Mountain at Zion Heights.

In 1945 electric lighting was installed on 17th Street North between 1st and 6th Avenues under the city's contract with the Birmingham Electric Company.

For an alphabetical list of locations, see the 17th Street North category. 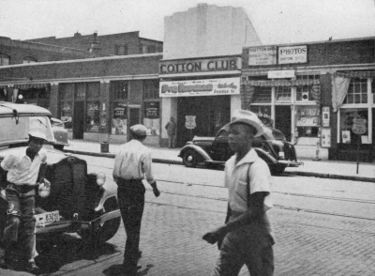