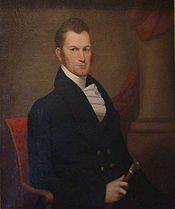 1820 was 51 years before the founding of the City of Birmingham and one year after Alabama became a state.

In 1820, George IV of the United Kingdom ascended the throne. The Missouri Compromise became law. Maine was admitted as a state. The Venus de Milo was discovered.