David Oliver Whilldin (born April 8, 1881 in Philadelphia, Pennsylvania - died January 18, 1970 in Birmingham) was a prolific and notable architect active in Birmingham from 1902 until his retirement in 1961.

Whilldin then enrolled at the University of Pennsylvania's "Special Course" in architecture, with Beaux-Arts-styled studio and history classes leading to a "Certificate of Proficiency". While taking classes, he also worked part time at Philadelphia's James H. Windrim Architectural and Engineering Company. As he completed his studies at Penn, Whilldin was recruited to head the architectural department of the southern states division of the New York engineering firm of Ford, Bacon and Davis. He purchased a round-trip ticket to Birmingham to see what the relatively unknown city was like and, impressed by its "rough-and-ready" excitement, never used the return voucher.

Confident in the opportunities presented by the growing city, Whilldin joined the office of Harry Breeding as a partner in 1904, forming the new firm of Breeding & Whilldin. The small office was located in the Watts Building and took jobs throughout the state. Their most significant commission, the new Birmingham High School, came later that year. Before it was completed in 1906, Whilldin's partnership with Breeding was beginning to dissolve. In February 1905 Whilldin had married the former Cornelia Pierce English of Philadelphia. Their first child, Virginia Lucy, was born in April 1906, and a son, David Jr (Oliver)th, was born in May 1909.

Apparently recognized as the principal designer of the new high school, Whilldin opened his own practice in the Title Guaranty Building and took on numerous projects for Birmingham's rapidly-expanding school system as well as several notable projects in Gadsden and Tuscaloosa. As an architect, Whilldin became known for his mastery of exotic styles and colorful, dramatic ornament. He was perhaps the only architect in the area to employ the Art Nouveau style successfully.

By 1923 Whilldin had established a second office on Tuscaloosa's Broad Street. He later built a small office building for his Birmingham practice on 21st Street North. He continued to work until his retirement in 1962 and died in 1970 at the age of 89.

Many of Whilldin's working drawings were donated by his family to the Birmingham Public Library Archives after his death. An exhibit of reproductions from those works was mounted in the Birmingham Central Library's 4th floor gallery in late 2008. 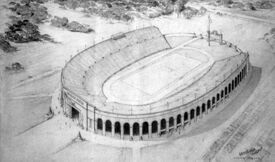 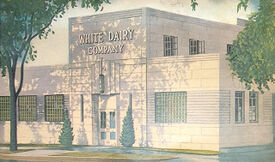