2007 Spotlight on the Czech Republic 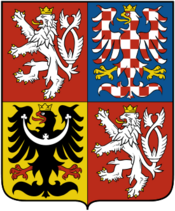 Spotlight Czech Republic was the theme of the 2007 Birmingham Festival of Arts. The program's purpose is to highlight the achievements of the Czech people at home, and as immigrants to the United States. The event also celebrates Birmingham's sister city pact with the West Bohemian city of Plzeň, signed at Plzeň's Obradni sin (City Hall) on May 6, 2005, the 60th anniversary of Plzeň's liberation by United States forces.